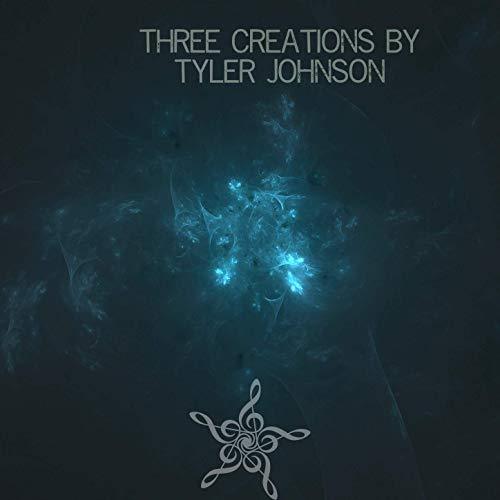 The songwriter and composer of symphonic music known as Tyler Johnson has released his latest official EP album, “Three Creations by Tyler Johnson.” The EP album contains three original Tyler Johnson tracks for an approximate total listening time of 10 minutes. It has been proudly published as an independent release without the involvement of the corporate music industry. Narrative, cinematic, and sweeping in its evocative range and scale, “Three Creations” showcases Tyler Johnson as one of the most intriguing contemporary composers of the year so far and promises that he has plenty more where that came from.

Asked to cite some main artistic influences, Napa Valley, Calif.’s Tyler Johnson writes, “Art comes from life experience. My influences come from difficult times I have lived through. I wish to express them through a creative medium.”

Tyler Johnson’s style will likely appeal to fans of contemporary classical music as well as to aficionados of film scores by artists like Hans Zimmer and John Williams. With an emphasis on sonic texture and emotional color, “Three Creations by Tyler Johnson” by Tyler Johnson has a little something for every fan of symphony.

In describing the overall themes of “Three Creations by Tyler Johnson,” the artist writes, “That’s really up to listeners to decide. I can’t say for certain. It’s like asking how someone perceives your child. Everyone’s reaction will be different.

“The general atmosphere of the ‘3 Creations’ album is one of a more dark tone and rich timbres, with a bit of excitement and film score. They are three parts of very different time periods in my life which have no correlation to one another.”

Tyler Johnson’s sole teacher at piano is USC Thornton School of Music alumna Carolyn Long. He is the recipient of multiple awards, including the Herb Alpert Scholarship, the Jerry Goldsmith Film Composing Scholarship, and several Musician of the Year awards at music festivals.

Johnson studied Pre-College Division Classical Piano at the San Francisco Conservatory of Music in his sophomore year of high school, as well as Audio Engineering and Recording Arts at Full Sail University in Orlando, FL, and Harmony and Composition at the Conservatoire Hector Berlioz in Paris. He later worked at the Discovery Channel in Los Angeles composing music and implementing sound effects into television programs.

Tyler has also traveled the world as a pianist, music director and conductor aboard world-class cruise ships and has conducted Mamma Mia, Grease the Musical, Chicago, Hairspray, and others. He has composed for TV, film, and video games.