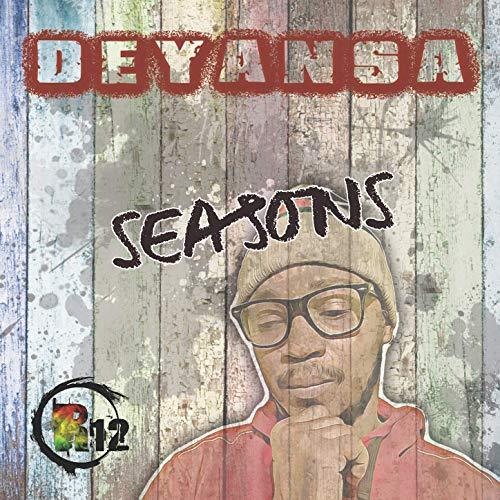 The singer of reggae and roots music known as Deyansa has released his latest official single, “Seasons.” Like other recent releases from Deyansa, the track has been proudly published on the Roots12 independent record label without the involvement of the corporate music industry. Empowering, uplifting, and as danceable as his fans have come to love him for, “Seasons” by Deyansa is the latest reason for reggae listeners to come together and feel the riddim.

Asked to cite a few artistic influences, Deyansa doesn’t mention famous people or even particular music genres. Rather, he talks about the people and sounds closest to him:

“The Creator, my father, the people who lived in my community and all around the world. I’m a fan of good music.”

The community Deyansa refers to is Clarendon Parish on the south side of Jamaica, just west of Kingston. He is the son of a singer in a musical family, the eldest child among eight. That community widened for him at the age of 13 when he moved to the United States, where, as his current official bio puts it, “his love for music matured to get him heard and played throughout the country.”

By 1993, Deyansa had become a professional musician singing alongside such popular and internationally regarded artists as John Ford and Sir Coxon Dodd. In 2004, he formed Deyansa and the High Roots, who signed to Silver Kamel Audio and recorded “Holding On to Life,” which would come to be nominated for a Grammy Award.

Today, Deyansa makes his home in Brooklyn, NYC. He has been writing and playing his unique blend of R&B and reggae music for more than a quarter century. “Seasons” represents the most prominent single from Deyansa since his 2009 release, “Within.”

Asked to describe the general themes of his new track, Deyansa writes: “My music delivers a different type of message and it all has to do with life and reality, motivating people, giving them hope and a sense of identity leading them on a path of peace, teaching them how to become one with their Creator and how to reject hate and embrace love.”

“Seasons” by Deyansa on the Roots12 label is available from over 600 quality digital music stores online worldwide now. Get in early, reggae and roots fans. Very early.