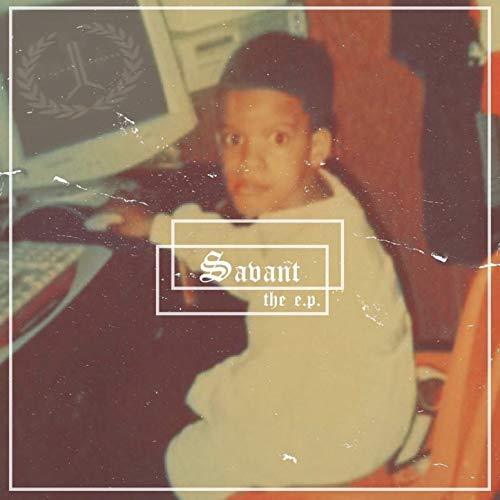 The songwriter and producer of pop music known as Imjustsav has released his latest official EP album, “Savant.” The EP album contains six original Imjustsav tracks for an approximate total listening time of 20 minutes. It has been proudly published as an independent release without the involvement of the corporate music industry on the Living Legend Entertainment record label. Part pop, part hip hop, and filled with the classy, heartfelt vocals of this veteran songwriter from Memphis, TN, “Savant” showcases Imjustsav as an artist with soul to spare and plenty more up his sleeve.

Living now in Washington state, Imjustsav cites as main artistic influences Bill Withers, Sam Cooke, Drake, Kendrick Lamar, Chris Brown, Michael Jackson, and Lil Wayne. Imjustsav’s own sound takes elements from each of these and adds something fresh and unique for a result unlike anything today’s music fans have heard before. With an emphasis on precise, soulful singing and unobtrusive back beats, “Savant” by Imjustsav has a little something for every avid pop music listener.

Commenting on the overall meaning of “Savant,” Imjustsav writes: “This EP is meant to send a message that there’s always a light at the end of the tunnel, told from my perspective as an artist. Transitioning into adulthood and even sometimes as a youth, I was doubted by many people I thought of as close friends and supporters. In order for me to have understood life on higher levels, I had to leave all that doubt and anger behind. This is a motivational project not just for my listeners, but for myself. Never let anyone tell you what you can’t do. In the words of my brother, ‘Be great.’”

Asked to describe his start in music, Imjustsav writes: “My dad invested into my natural talent musically and got me into a studio at age 14. I taught myself how to play instruments and how to sing and rap. I went into the army at 18 and got out after 3 1/2 years to pursue music. I’ve worked with a lot of artists in Washington and have built my own brand called Living Legends Ent.”

Today, Imjustsav strives to further his career as a producer. It’s not all just for him, though.

“With having my own son at the age of 23,” he says, “it’s vitally important for me to invest the same time and energy that was invested into me to ‘become great’ into him.”

“Savant” by Imjustsav on the Living Legend Entertainment label is available from over 600 quality digital music stores online worldwide now. Get in early, pop music fans.