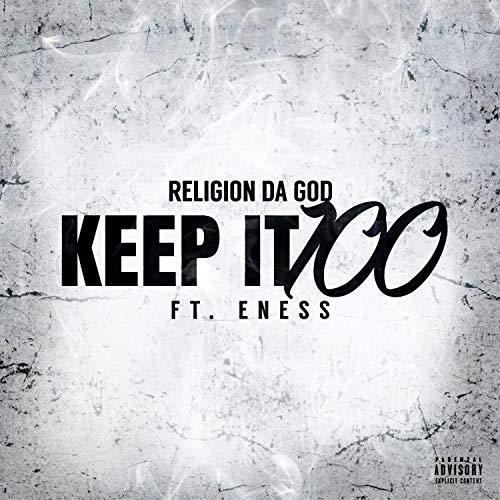 The songwriter and producer of hip hop known as Religion da God has released his latest official single, “Keep It 100 (feat. Eness).” The single has been proudly published as an independent release without the involvement of the corporate music industry on the Real Hulk Entertainment record label. Direct, bombastic, and pulling zero punches, “Keep It 100” showcases Religion da God as one of the most intriguing hip hop artists of the year so far and promises that we can expect plenty more in the years to come.

Philadelphia’s Religion da God cites as main artistic influences Bone Thugs ‘n’ Harmony and Tupac Shakur, but also Malcom X, Emmett Till, Michael Jackson, Kid Cudi, and Jay Z. Religion da God’s own sound takes elements from each of these and adds something fresh and unique for a result unlike anything today’s music fans have heard before. With an emphasis on bass-filled back beats, gritty urban poetry, and the added talents of Eness, “Keep It 100” by Religion da God has a little something for every avid hip hop listener.

Asked to comment on the overall meaning of “Keep It 100,” Religion da God says only, “My story, my style, my experiences … ”

Asked to describe his start in music, Religion da God writes, “Music and hip hop have always been a part of my life. One of the first people I ever listened to was Tupac, his ‘Me Against the World,’ and I have been a fan of rap ever since.

“By the age of 13 I discovered my gift for rhyming by listening to the radio and making up my own raps from what I listened to. I started getting good at it. By 14 I’d started a group with my childhood friend, Eric, called the Number 1 Rookies and made our first mixtape.”

Summer 2018 saw Religion da God sharing the stage with other popular performers including Pastor Troy and Gillie the Kid. His previously released single, “Ju-do” has amassed an online audience of over 50,000 to date, a number which continues to climb.

“Keep It 100” by Religion da God on the Real Hulk Entertainment label becomes available from over 600 quality digital music stores online worldwide on 27 November 2018. Get in early, hip hop fans.