The songwriter and producer of reggae and dancehall music known as Jahzo has released his latest official single, “Dutty Wine.” The single has been proudly published as an independent release without the involvement of the corporate music industry. In addition to the considerable talents of Jahzo, himself, “Dutty Wine” also features the talents of popular S. African artist Swazi K. Fun, danceable, and bringing that legitimate SA reggae sound, “Dutty Wine” showcases Jahzo as one of the most intriguing dancehall music artists of summer 2019 and promises he has plenty more where that came from. The single “Dutty Wine” has been presented by Rudebwoy Entertainment.

South Africa’s Jahzo cites as main artistic influences Jamaican artists such as Mavado, Agent Sasco (AKA “Assassin”), Alkaline, Buju Banton, Bob Marley, Busy Signal and Popcaan. Jahzo’s own sound takes elements from each of these and adds something fresh and unique for a result unlike anything today’s reggae fans have heard before. With an emphasis on rhythm and a heavy dose of mellow good humor, “Dutty Wine” by Jahzo is sure to please every longtime listener of the style.

Asked to describe the overall meaning of “Dutty Wine,” Jahzo writes, “’Dutty Wine’ shares a message of fun and happiness in the spirit of summer, making it a good jam for the season.”

“I fell in love with dancehall music during my varsity years in Cape Town,” he writes. “It was not until 2008 that I had my first opportunity to record my first song at Rudebwoy Entertainment Studios, which I now co-own with my brother.”

From that beginning it was clear Jahzo would be a popular name in the scene. His first track featured Major and Selector Jugglin. He has said that that’s when he realized he could contribute towards the South African dancehall movement.

2011 saw the release of his popular “Dem ah Fraud” single, which received play on public radio such as Phalaphala FM and YFM. The track later got an official music video which surfaced in 2013. This was followed by “Step Weh from Bottom” and “Burn Dem,” produced by Flyweh records in Cape Town and released in 2015. 2016 found Jahzo dropping his “Where Mi Come From” single, which also aired on Phalaphala FM, YFM and Tshwane FM, and which also received an official music video in 2016. His “African Queen” 2017 single saw him paired with Ghanaian artist June Hype, with whom he shot another video, this time directed by the country’s best director, Kofi Awuah, who would go on to present this current release of “Dutty Wine.” 2018: Jahzo drops “Kuff Dem” feat. Bun Pot and Muzzla Kartel. The song goes on high rotation on YFM and other stations. Again a music video, again it is well received and makes it to Reggaeville and Channel O, as did “African Queen.”

Jahzo’s 17 track EP, “The Intro,” appeared as a free download in 2018, featuring artists like Bun Pot and Swazi K, the latter of whom is also featured on “Dutty Wine.”

“Dutty Wine” represents the first taste of Jahzo’s official debut LP album of the same name, “Dutty Wine,” which commemorates his tenth year in music. The entire album has an expected drop date of December 2019.

“Dutty Wine” was produced, mixed and mastered by Paul Hauss in Germany. Hauss has worked with dancehall artists such as Busy Signal, I-Octane, Beenie Man, Bounty Killer and many more.

“Dutty Wine” by Jahzo is available from over 600 quality digital music stores online worldwide now. Get in early, reggae and dancehall music fans. 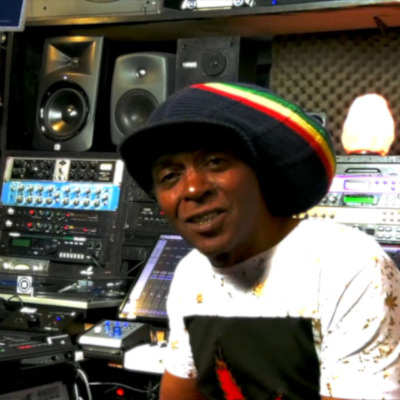 The songwriter and producer of reggae and roots music known as Extra Strength has released his latest official single, “Watch Me Now.” It has been concurrently released with an official music video (link provided below). The single has been proudly published as an independent release without the involvement of the corporate music industry on the Long Time Running Records record label. Fun, endlessly danceable and instantly addictive, “Watch Me Now” showcases Extra Strength as one of the most intriguing reggae and roots music artists of the year so far and promises that he has plenty more where that came from.

Extra Strength cites as main artistic influences the Rastafari movement, Bob Marley, Frank Sinatra, Sammy Davis Jr. and crew, Hank Williams, the Beatles, and Motown. Extra Strength’s own sound is founded on the reggae, roots and dancehall traditions, taking elements from each of these and adding something fresh and unique for a result unlike anything today’s reggae fans have heard before. With an emphasis on deep grooves, uplifting melodies and lyrics based on the true Rastafari spirit, “Watch Me Now” by Extra Strength has a little something for everybody.

Asked to describe the overall meaning of “Watch Me Now,” Extra Strength writes, “’Watch Me Now’ is about all those people like myself who had lost everything through oppression and the jealousy and envy of a few people, people who can’t stand to see a rasta make it, or own anything, especially talent or self. After losing everything, it was me and Jah and it was beautiful. It was wonderful to see Jah in everything.”

Speaking of his start in music, Extra Strength writes, “Music was apart of my family history. My father gave me an acoustic guitar – I ended up with a college degree in music and performance.”

A veteran of the stage and reggae scene, Extra Strength has been writing and playing his original songs since 1981.

“Watch Me Now” by Extra Strength on the Long Time Running Records label is available from over 600 quality digital music stores online worldwide now. Get in early, reggae and roots music fans.

“Watch Me Now” by Extra Strength –

The rising star of Jamaican music known as Jahreign has released his latest singles, “Fall Down” and “Genie Love.” Like the rest of Jahreign’s growing repertoire, the tracks have been proudly published on the Mind Music Production independent record label. Positive, affirming, performed and produced with the same mindset which made roots music Jamaica’s most important global export, “Fall Down” and “Genie Love” are the newest reasons for reggae fans to sit up and take note of Mind Music Production’s Jahreign.

Jahreign cites as main artistic influences Bob Marley, Sizzla Kalonji, Midnite, BuJu Banton, Shabba Ranks, Capleton, Jay-Z, Tupac Shakur, and Kenny Rogers. His own music tends toward a blend of equal parts traditional roots music and pop songs which appeal to people of all walks of life. The result is a sound which fans of any genre of music enjoy and enjoy listening to time and time again.

Regarding Jahreign’s new singles: “Fall Down” is warm, uplifting, full of pop potential and delightful to hear. “Genie Love,” unsurprisingly, is a romance in the reggae tradition, neither melodramatic nor too predictable, but rather welcoming, inspiring and sounding much like a sonic hug. The tracks suggest that there will be an album in Jahreign’s near future, something listeners should anticipate with glee because more music like “Fall Down” and “Genie Love” will be good for the world.

Speaking of the themes of his new songs, Mind Music Prod. writes, “Jahreign hopes that his fans will listen to his music and become inspired to do their very best at life’s challenges. His greatest wish is that we live in peace and unity. Love for humanity is his gentle cry: always give a helping hand to your fellow human being, no matter what your life circumstances may be.”

Also guiding Jahreign’s music is true Jamaican spirituality. He writes of this, “Jahreign will always stand in the presence of Jah and his holy angels beating down wickedness in high and low places.”

Always grateful and eternally humble, Jahreign shares much of his success with “Fall Down” and “Genie Love” with everyone who has seen greatness in his music.

“Special thanks to Mr. Donald Levy from Musical Links Production,” writes Jahreign, “and to his team for valuing my music and for keeping my dream alive. I want to tender my sincere thanks and appreciation to Ms. Sharon Perez and her team from Mind Music Production for believing in my musical talent and for releasing my music to the world.”

Of course, Jahreign’s fans rank high on this distinguished list.

“Last but certainly not least, I want to thank all my fans from all over the world. I want you all to know that your support and financial contributions are greatly appreciated. I love you all and may God continue to bless you and your family. One love, peace, prosperity, and happiness.”

“Fall Down” and “Genie Love” by Jahreign are available from Mind Music Production from over 700 quality digital music stores online worldwide now.

The singer and songwriter known as Evaflow has released his new, flagship single, “The Anthem.” The track has been proudly published on his own SkyStart Media independent record label without the direction of the corporate music industry. A jamming modern reggae track fitted with all the best elements of traditional dancehall and cutting-edge pop music, “The Anthem” is a clear sign that Evaflow and SkyStart Media are names to watch in 2016 and beyond.

Evaflow cites as main artistic influences Damian Marley, Nneka, Jay-Z, Sizzla, Jah Mason, Kings of Leon, UGK, and Drake. His own style is more contemporary than any of these without sounding avant garde or too experimental. He retains the attributes which made the great reggae artists of the ’70s, ’80s and ’90s globally popular while adding his personality to the mic and a few hip-hop traits to the studio production for a blend that sounds part Jamaica, part urban jungle.

Speaking of his message for “The Anthem,” Evaflow writes, “’The Anthem’ is my sonic mission statement. It is a motivational manifesto promoting an unwavering commitment to actualize your aspirations. Its message … is self-reliance and determination. It promotes expressing your individuality instead of succumbing to societal expectations.”

At its heart, Evaflow’s “The Anthem” is a portrait of the victorious.

“Unfettered by superficial expectations and immune to expressions of doubt,” he explains, “man develops the tenacity to endure failure and still be sure of success. ‘The Anthem’ is a description of the breaking point where man asserts himself as captain of his soul and ruler of his destiny.”

SkyStart Media’s Evaflow has founded a philosophy at which he is the spearhead. “Start from the sky,” says his current official bio, which describes the ‘sky’ as a place of preparedness, great health and soundness of mind. It says Evaflow developed this philosophy through his “limitless way of looking at the world.”

“The sky is not the limit,” Evaflow says. “The sky is just the start. To start from the sky one must be able to fly and to fly is being in a place of consistent purposeful action.”

Evaflow is also part of the InDiggNation Collective group of artists. “The Anthem” was produced by Christopher Cooper in collaboration with InDiggNation’s the DrumKeys. An official music video is expected. “The Anthem” is the first public release from Evaflow’s upcoming self-titled debut album, which he has termed a ‘portfolio.’

“The Anthem” by Evaflow is available at over 700 online music stores worldwide now. Get in early, dancehall fans.