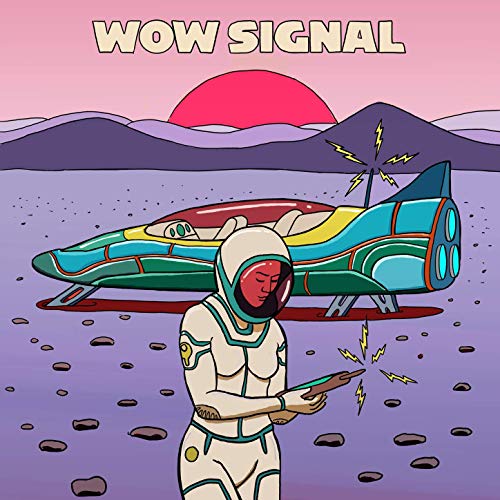 The songwriters and producers of pop-rock music known as Wow Signal have released their latest official album, “2020.” The album contains 16 original Wow Signal tracks for an approximate total listening time of 40 minutes. It has been proudly published as an independent release without the involvement of the corporate music industry. Ultra-modern, mellow yet upbeat, and primed for radio, DJ or car stereo play alike, “2020” showcases Wow Signal as one of the most intriguing rock music artists of the year so far and promises they have plenty more where that came from.

Wow Signal cite as main artistic influences a broad variety of artists including: Jimmy Eat World, Justin Bieber, Between the Buried and Me, Blink-182, Thrice, Selena Gomez, Conro, Marshmello, Yoste, and Minus The Bear. Wow Signal’s own sound takes elements from each of these – believe it or not – and adds their own American interstate melange for a result unlike anything today’s music fans have heard before. With an emphasis on danceability, sing-along hooks and plenty of melodic punch, “2020” by Wow Signal has a little something for everybody.

Wow Signal are Alex and Nico Grossfeld, Ryan Wehby, Greg Klein and Jon Jester. The Grossfeld brothers grew up in Michigan making music. In high school, they met Wehby and Klein. Sonic chemistry between the four led them to play in a variety of bands together until the brothers moved to LA to pursue careers in film and music. It was here that Nico met Jon Jester, and they worked on many musical projects together.

A decade after high school and thousands of miles apart, Wow Signal began a long-distance collaboration between Calif. and Mich. Files and ideas were exchanged. In-person writing sessions were scheduled when possible. Today, Wow Signal reside in California, Michigan and Virginia, respectively, as the culmination of years of experience and friendship.

“2020” by Wow Signal is available from over 600 quality digital music stores online worldwide now. Get in early, pop-rock fans.