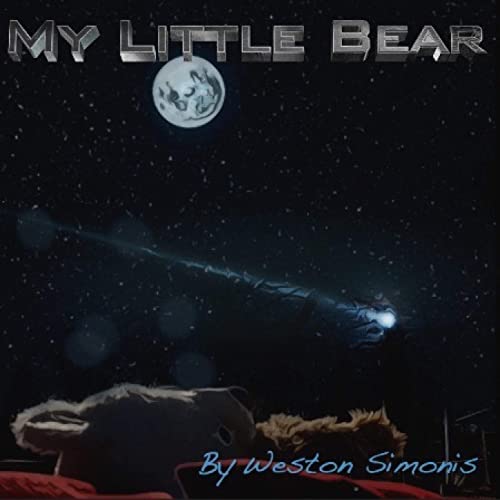 The songwriter and producer of rock and alternative music known as Weston Simonis has released his latest official single, “My Little Bear.” The single has been proudly published as an independent release without the involvement of the corporate music industry on the Audio Star Productions record label. Genuine, heartfelt, and bearing a richly warm acoustic sound, “My Little Bear” proves that Weston Simonis can blend pop, rock, and hip hop in surprising ways for a result everyone can appreciate.

La Grande, Oregon’s Weston Simonis cites as main artistic influences Michael Jackson, Blink 182, Metallica, Twenty One Pilots, and Train. Simonis’s own sound differs between releases, and with “My Little Bear” he arrives with a more subtle, mellow yet upbeat style. With an emphasis on natural percussion, lyric earnestness and a positive, uplifting message, “My Little Bear” by Weston Simonis has a little something for everybody.

Asked to describe the overall theme of “My Little Bear,” Weston Simonis writes, “My Little Bear was based on a true story. Love is God’s greatest gift and to share it the best we can with each other is how we can be there for each other. This song is about good romantic times we can share with our significant other to build a bond and true friendship. Love isn’t always about the best times in life, but love is about being there for the person you care for most with all the little things.”

The LP record, “Moments of Intoxication” was named Best Indie Alternative Rock album of 2016 at the International Publisher Awards and fetched over 20 licenses for film and radio distribution. In 2017 Weston achieved his first IMDB credit for scoring and songwriting on the short film “A Soul Friction.” Also in 2017, he dropped his debut comedy music video, “Yoga Pants,” and was featured on radio stations around the world. He has been the host of his own radio show and has his own music library available for licensing to film, TV, and video games.

“Weston’s voice and guitar conveys a relentless quest to rise above a world of desperation and hopelessness,” writes JamSphere’s Jacob Aiden. “His music has a sense of – tell the truth, cleanse the soul, feel good, and keep on pushing. At the same time it’s clear that Simonis values tradition as well as he does modernity, and links between past and present in his music, it is also evident that his vision has expansive boundaries.”

“My Little Bear” by Weston Simonis on the Audio Star Productions label is available from over 600 quality digital music stores online worldwide now. Get in early, rock fans.

“My Little Bear” by Weston Simonis –