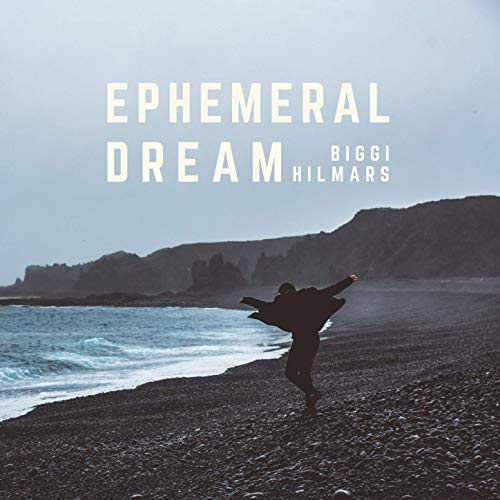 The songwriter and producer of composers known as Biggi Hilmars has released his latest official EP album, “Ephemeral Dream.” The EP album contains 4 original Biggi Hilmars tracks for an approximate total listening time of 15 minutes. It has been proudly published as an independent release without the involvement of the corporate music industry. Soaring, sweeping, and stretching out in all directions like a great, rolling sea, “Ephemeral Dream” showcases Biggi Hilmars as one of today’s most evocative film composers and encapsulates his contemporary work in a way fans will not have heard before.

Iceland’s Biggi Hilmars cites as main artistic influences Pink Floyd, Philip Glass, Sonic Youth, David Bowie, Brian Eno, The Beatles, and Radiohead. Hilmars’s own sound takes elements from each of these and adds something fresh and unique for a result unlike anything today’s music fans have heard before. With an emphasis on rising builds, big deliveries, and intrigue around every corner, “Ephemeral Dream” by Biggi Hilmars has a little something for everybody.

Asked to describe the overall meaning of “Ephemeral Dream,” Biggi Hilmars writes, “It’s a combination of film-score pieces that I have created and collected in the past two years or so. They all have in common the sense of power, explosion, hope and fear.”

Far from being more of the same from Hilmars, however, this particular clutch of recent material has a place close to the composer’s heart. Hilmars explains that this inspired the release of these tracks as a standalone EP record.

“I feel there is a new tone and depth in my music on these, so I really wanted to share them with my fans and the world as a short album. On every song I am hoping to take you on a journey, whether intense, exciting, hopeful or melancholic. I hope you enjoy.”

Film director Cecilie Mosli writes of the new EP album, “The music Biggi Hilmars is making on Ephemeral Dream is so powerful and emotional and sensitive. It inspires and gives me peace at the same time.”

Music Supervisor of “The Theory of Everything,” Sarah Bridge, writes, “Icelandic composers & musicians have mastered the fusion of classical & popular music & Biggi Hilmars is no exception. His music retains the unique beauty & cinematic soundscape that encompasses my love for the sound of Iceland.”

Hilmars has composed original scores for BBC 2 and National Geographic, and for shows such as Channel 4’s “Grenfell Our Home,” Norway’s “20/20,” and “Beeba Boys” by Academy Award Nominee Deepa Mehta, as well as for official movie trailers for films such as “I Smile Back” with Sarah Silverman and “Far from the Madding Crowd” with Carey Mulligan. Hilmars has also composed for acclaimed director Ridley Scott, recorded with the London Chamber Orchestra at Abbey Road Studios, and for companies including Apple, Skoda, IBM, Chevrolet, and Mercedes Benz.

Instrumental composer Atelier-M has released his third collection of original songs, “Still and Quiet.” The LP has been published independent of the influence of the corporate music industry. Containing fully 15 songs from Atelier-M never before heard, the colossal album brings fans new and old approximately 75 minutes of relaxing, ambient music, nearly twice the length of a traditional full-length album. This makes “Still and Quiet” the most comprehensive selection of Atelier-M music ever before published.

“Still and Quiet” is akin to Atelier-M’s debut LP record, “Season,” with which the artist used his unique talent for crafting piano to describe the tones and colors of the changing seasons throughout the year. With his more ambitious “Still and Quiet” LP, which brings nearly half an hour’s worth more music, Atelier-M paints sonic landscapes, scenes of nature and of peaceful life from a wide variety of perspectives.

The record has perhaps more thematic variety than either of his previous records, too, regardless of its additional length. This may be sensed from the titles of his songs, which bespeak the same gorgeous, effortless subtlety as Atelier-M’s music, itself.

“Leaf,” “Winter Rain” and “Bamboo and Water” have a gentle, bucolic atmosphere that is a favorite inspiration of the artist. “Dreamy Encounter,” “Bossa Aoyama” and “Choc” are fine examples of the artist’s adult-contemporary compositions. “Night Bridge,” “Sea in the Dark,” and “Holy Season” are especially narrative, evoking feelings of calm and attunement with the world.

Overall, Atelier-M’s newest record communicates harmony and solace, halcyon, worry-free moments frozen in time, all of which is intimated through his music. “Still and Quiet” is perfectly titled, therefore, being a description of the pure stillness found in nature and in the hush of night. It is a highly thought-provoking, introspective work of musical art, and it can be enjoyed by fans of any music genre.

“Still and Quiet” by Atelier-M is available online worldwide beginning 27 November 2015. Don’t be left out in the cold.

The pianist and composer of solo contemporary classical music known internationally as Roger Proctor has released his new album, “Field.” The record contains 11 original instrumental songs for an approximate listening time of 25 minutes. It has been published as an independent release without the influence or support of the corporate music industry. Elegant, textured, and bearing a refreshing balance of melodic minimalism and tonal complexity, “Field” by Roger Proctor stands as a fine example of taste and excellence in modern classical piano.

UK-born Roger Proctor cites as personal favorites some of the world’s most innovative and multifaceted composers, including Ludovico Einaudi, Yiruma, Philip Glass, Michael Nyman, and Hans Zimmer. Proctor’s own “Field” album explores the expressiveness of his piano without additional tracks, synthetic sounds, or instrumentation, however the record shows the influence of these titans in terms of emotional range and creative diversity.

Fans of piano not yet acquainted with the work of Roger Proctor will be enthusiastic to hear his innate sense of timing and natural flow. While a great deal of this stems from his initial composition, the execution of each song on “Field” suggests an intuitive connection with his music that cannot be transcribed with pen and ink.

Asked to comment on the overall themes of his new album, Proctor writes that it is “inspired by the landscapes of the Chiltern Hills close to where I live. The music is also dedicated to my young family and two of the tracks are lullabies for them.”

Roger Proctor’s “Field” is preceded by his 2012 debut release, “Summit,” which received much media attention and which Proctor also dedicated to his family and bucolic homeland. In addition to live performances by Proctor, music from “Summit” received public radio airtime on the BBC.

Proctor has performed at well-loved venues like London’s world-famous Jazz Cafe, and at locales such as Lucerne, Liverpool, Manchester, Edinburgh, Strasbourg, Glasgow, and Oxford. His classical music training involves the National Youth Orchestra of Great Britain, music studies at Oxford University, and a focus on jazz piano at Goldsmiths University.

His work with the popular alternative-rock group, Holton’s Opulent Oog, helped win the band great critical and fan acclaim for their 2008 LP, “The Problem of Knowledge” (9/10, New Musical Express) and for 2011’s “Love in the Mist,” which was praised by widely circulated magazines like Uncut and Mojo.