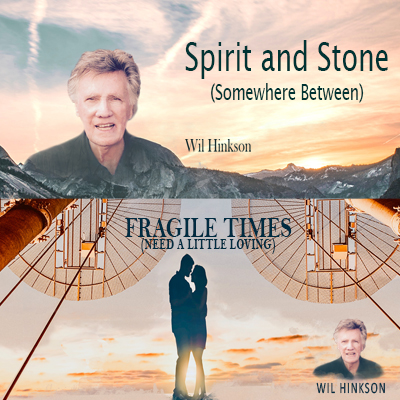 The songwriter and producer of rock music known as Wil Hinkson has released his latest official single, “Spirit and Stone (Somewhere Between) Remastered.” The single has been bundled with an official B-side, “Fragile Times.” Both have been proudly published as independent releases without the involvement of the corporate music industry on the Oh Keh Muse record label. Bringing all of today’s ’80s-revival sound and absolutely thriving deep in the groove, “Spirit and Stone” showcases Wil Hinkson as one of the most intriguing rock artists of the year so far and promises that he has plenty more where that came from.

Striking, mellow, and exceptionally written, music by Wil Hinkson builds interest and emotion for recordings, performances and playlist spots which never fail to enthuse his listeners.

Asked to describe the overall meaning of “Spirit and Stone,” Hinkson writes, “As these songs just come to me, I can only surmise like everyone else, but it seems to say we are always between the spirit of an idea and its materialised form (Stone) and we float ‘Somewhere Between.’”

Being a subtly poetic song, though, that’s not the only message the single suggests. Hinkson adds as an afterthought:

“Well also, the song speaks of ‘A time to forgive’ (as it always is) as we are floating between, so I guess that’s one of the themes. It also talks of the ancient heritage of the child born into the somewhere between and the child being at home with it. It says we are moving together. It seems to me to be a song for the times, saying we will be OK.”

A humble, friendly artist, when asked to offer a message to his audience, Hinkson says:

“Hey, it would be great if you kindly listened … Millennials seem to like my ‘new ’80s’ style according to the latest surveys I read, so that is very encouraging.”

On this occasion of his new single and B-side, Wil Hinkson thanks: “a lady named MC (see her ‘Dancing With Clowns’ on my Instagram – lots of views); the streaming services, Spotify, Amazon Music, Apple Music, Deezer Radio for getting my music out to the world so easily; all the technical people who have assisted me along the way; and a shoutout to radio in France, USA, UK, Ireland, Canada, Russia, Germany and the rest across the world; thanks for the airplay you fine music lovers; always great to see the variety of stations listed on the reports. Some of the sweetest words I’ve read are ‘Added to rotation.’”

“Spirit and Stone” by Wil Hinkson on the Oh Keh Muse label is available at quality digital music stores online worldwide now. Get in early, chillout rock and new-’80s fans.

“Spirit and Stone” by Wil Hinkson – 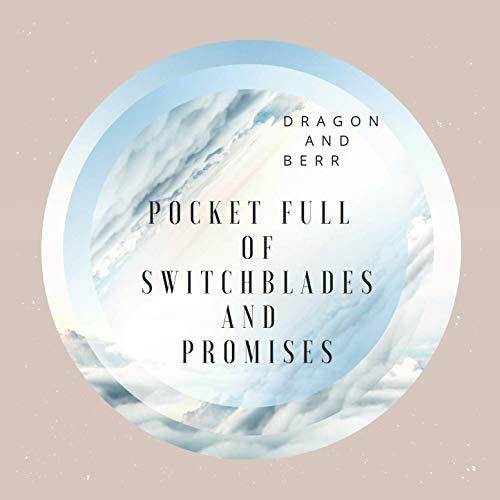 The rock duo known as Dragon and Berr has released their latest official album, “Pocket Full of Switchblades and Promises.” The album contains 10 original Dragon and Berr tracks for an approximate total listening time of 40 minutes. It has been proudly published as an independent release without the corporate industry on the Loose Bolt Records music label. Eclectic, creative, yet accessible to a broad swathe of music fans, “Pocket Full of Switchblades and Promises” showcases Dragon and Berr as one of the most intriguing rock music projects of Q2 so far and promises that they have plenty more where that came from.

Dragon and Berr have cited as main artistic influences Hall & Oates, Styx, Fall Out Boy, Prince, Aretha Franklin, Aerosmith, The CoatHangers, The Ron Keel Band, The Beatles, Halestorm, The Soapgirls, The Monkees, Foo Fighters, and local friends Casket Robbery. While it may seem unlikely, Dragon and Berr’s own sound takes elements from each of these for a result which defies comparisons and categories.

Dragon and Berr are quick to describe themselves as “hobbyist musicians,” yet their songwriting and creative methodologies brand them as true sonic craftspersons just as quickly. They’re eager to throw traditional structures away, often blazing trails in startling directions. Songs turn on a dime both internally and away from one another. This track bears obvious jazz influences. That one sounds like Roy Orbison’s grandchild.

“We break a lot of so-called rules of what is and isn’t music,” writes Dragon. “It all seems to work out in the end. Music is such fun and is so many things to so many people. What can we say? We are diverse in influences. We’re those folks from left field no one pays much mind. We write for ourselves, first. The fact that more and more people are also enjoying the music and it’s speaking to them in so many ways is a wonderful bonus to this adventure we are on.”

R&B, pop, country, blues … pretty much anything playable with guitar and drums is elementally represented. The effect recalls the avant-garde punk artists of the late 70s. Had Dragon and Berr been part of that scene, they’d likely be remembered today for “Pocket Full of Switchblades and Promises.” Come for the rock, poetry and fearless songwriting, stay for the countless colorful surprises from out of nowhere.

Dragon and Berr are Edwin and Donna Millheim respectively, married 1987. Asked to describe the overall meaning of “Pocket Full of Switchblades and Promises,” Dragon writes, “While it covers themes that are challenges in people’s lives, throughout the lyrics and the way it’s all presented, there is a sprinkling of hope and knowing the next day can bring anything. Everything that is presented is all based on things I’ve went through over the past year. Just like the first album had a lot of darkness in it and depression, this 2nd album sees me being dragged back from darkness by family and friends – most of all my wife … Sometimes those challenges make you feel like you can just say forget it, but there’s always that hope that makes you feel like, OK, things will be OK. If there is even that bit of hope, you have to keep going because it may not be as dark as you think.”

“Pocket Full of Switchblades and Promises” by Dragon and Berr on the Loose Bolt Records label is available from over 600 quality digital music stores online worldwide now. Get in early, rock music fans.

“Pocket Full of Switchblades and Promises” by Dragon and Berr –

The rock project known as A-Frame have released their eponymous LP record, “A-Frame.” The record includes 13 original tracks for an approximate total listening time approaching one hour. It has been proudly published on the Nonya Entertainment independent music label without the involvement of the corporate music industry. Rolling like thunder, roaring with intensity and exceptionally well written, composed and performed, “A-Frame” is both the definitive A-Frame release and a comprehensive introduction to this startling rock crew from Arizona.

Asked to cite some artistic influences, A-Frame mention Korn, Volbeat, Queensryche, Fall Out Boy, and Young and the Giants, in that order. Elements of Korn and Queensryche shine through A-Frame’s own individualistic style, which blends the bleakness of post-grunge with the expert playing and songwriting of progressive metal groups such as Dream Theater and Vanden Plas.

“A-Frame”’s self-titled LP is not genre-specific, however. Instead, it showcases the elastic songwriting and broad instrumental capabilities of the band members by freely moving throughout the spectrum of modern alternative rock music.

Also notable is A-Frame’s vocal duality. Having a dedicated primary singer but also a second who often performs as lead vocalist allows the group to explore themselves in largely different overtones. These modal shifts compliment one another better than the music fan might think probable, adding texture and agility to a sonic character that is already eye-openingly unique.

The short history of the band and the long list of its members’ accolades are also worth considering.

A-Frame started with Tommy Gibbons of Phoenix, AZ. Since the age of 13, Gibbons has been racking up titles, including Guitar Center Guitargeddon Best West Region Guitarist of 2003 and 2004, Phoenix College Louis Armstrong Jazz best soloist award 2012, and LA Music Awards Best Rock Guitarist of 2014. A sort of Renaissance man of rock, Gibbons is also proficient at bass, drums, banjo, violin/fiddle and other instruments. He maintains his industry-grade music studio, Kompound Studios, in Litchfield Park, AZ, where he works as a professional producer and sound engineer. Gibbons has been sponsored by companies such as KRANK Amps, Tsunami Cables, Swiss picks, Schecter guitars, Miktek Mics, Coldcock Whiskey, Dirtbag Clothing and Larson acoustic guitars.

The first addition to the band came in the form of Scott Benedict, who was introduced to Gibbons by manager Crystal Nonya. Nonya describes Benedict at the time as, “unbelievably talented yet undiscovered,” in A-Frame’s current official bio. Slated at first to sing just a single track, Benedict was quickly asked to join on a more permanent basis and in a larger role.

The trio of Gibbons, Benedict and Nonya make up the tripartite “A” frame (like the hiking gear) from which the group takes their name.

Gibbons and Benedict wrote the first 13 tracks in A-Frame’s repertoire and had them recorded, mastered and otherwise finished in a process that took four months from concept to completion.

10-year bass guitar vet Zane Storto followed, selected by A-Frame for “his stunning abilities, excellent work ethic and the great attitude he displayed during his auditions.” Storto replaced the bass tracks on their album with his own highly stylized playing and in this way became braided into the A-Frame sound.

Drummer Zack Sewell of Phoenix, AZ, has been called “an extremely talented and hugely sought-out beat keeper within the Phoenix area,” and is an explosive addition to an already highly volatile rock band.