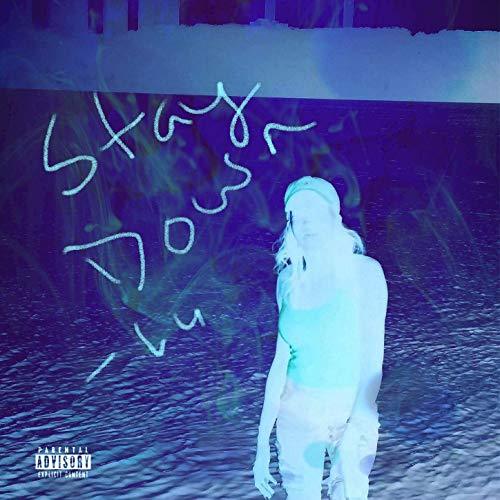 The songwriter and producer of hip hop known as Riverside Louis has released his latest official single, “Stay Down.” The single has been proudly published as an independent release without the involvement of the corporate music industry. Gritty, direct, and built on an undeniable back beat, “Stay Down” showcases Riverside Louis as one of the most striking hip hop artists of the year so far and promises that he has plenty more where that came from.

Harlem’s Riverside Louis cites as main artistic influences Lil Wayne, 50 Cent, Jay Z, DMX, and the Notorious B.I.G. Riverside Louis’s own sound takes elements from each of these and adds something fresh and unique for a result unlike anything today’s music fans have heard before. With an emphasis on smooth lines, clever rhymes and a razor-sharp delivery, “Stay Down” by Riverside Louis has a little something for everybody.

Asked to describe the overall meaning of “Stay Down,” Riverside Louis writes, “This song ‘Stay Down’ is about trying to convince someone it will be worth it and beneficial if they stay loyal and hold it down and wait how long it takes for the other person to get they self together, because money don’t define ya character. It also has a message for people like myself, that we need to build with each other, other than do what people want us to do.”

Riverside Louis also says his music is intended to stand for itself.

“Now my music is just that,” he says. “It’s music. My music is that old feel of actually hearing quality rap music which is fun, inspiring and motivating.”

Riverside Louis grew up in the birthplace of rap music, Harlem and the Bronx, New York City. He’s been rapping original lines since the age of nine.

“Stay Down” by Riverside Louis is available from over 600 quality digital music stores online worldwide now. Get in early, hip hop fans.

“Stay Down” by Riverside Louis –

The rapper, songwriter and producer of hip hop known as Tommie Hooks has released his solo debut, “Falling Out the Sky.” The album has been proudly published by the Royal Family independent record label without the inclusion of the corporate music industry. It has been released with an official music video available for viewing online now (link provided below). Poetic, socially relevant, and charged with conscientious political criticism, “Falling Out the Sky” proves that Tommie Hooks has lines and rhymes for days and days.

Hooks notes that while he grew up on and in the music scene, he was chiefly “inspired to write by my older cousin #freeTerranceMoore.”

The closing hashtag is a hint at the activism that lives in the writing of Tommie Hooks. His music has soul and groove, boom and bap, yes, but perhaps more than anything else, it has purpose and meaning. “Falling Out the Sky” in particular points a wagging finger at the great amounts of social injustice and political corruption facing the United States in 2018.

Speaking of his new album, Hooks says, “I believe it provokes thought and creates awareness through clever and witty wordplay with soulful flows and a humble but demanding delivery, if you can fathom. It is my opinion that each song has different vibes depending on your mood. For example, you can party or you can mellow out, you can work, you can work out, you can hit the highway, or you can be conscious and perhaps gain a jewel. It is all there.”

Tommie Hooks’ current official bio describes him: “My name is Tommie Hooks. People also know me as ‘Tommie Gunz’ from Harlem, NY. I have always had a passion for music. I’ve rubbed elbows with many artists and producers, including DMX, Joe, Aaron Hall, Vado, Moe Mansun, Jae Millz, LOX, D. Dot, DJ RonG, Pop Shyt, Ron Jones, Capitol J, late great BigL, the legendary KRS One, and multi-platinum producer Dame Grease, just to name a few. I was signed to Jive Records as a member of the brotherhood, Mic Vandalz. My solo debut is ‘Falling Out the Sky.’”

“Falling Out the Sky” by Tommie Hooks –

“Falling Out the Sky” Official Video –