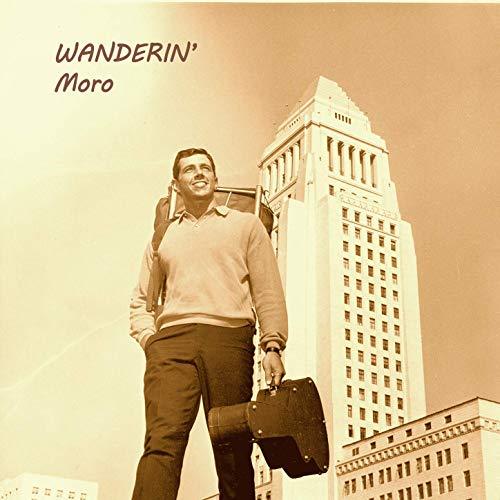 The singer-songwriter of folk music known as Moro has released his latest official single, “Wanderin’.” The single has been proudly published as an independent release without the involvement of the corporate music industry on the Budwick Music Co. record label. Warm, adventurous, and bearing classically trilled vocals of the rarest quality, “Wanderin’” proves that Moro still ranks among the world’s most genuine folk musicians.

“There’s not enough room here for a properly representative list,” he writes. “I’ll just list my guitar, the sound of the ocean surf, gulls, wind, silence, and the letting in of Love.”

Moro’s own sound takes natural elements from each of these on “Wanderin’” and adds his own sonic vision for a result that blends classic ’60s pop and folk with an undeniable lo-fi sound which will appeal to fans of a broad variety of music. As it happens, this vision seems more important to Moro’s creative process than the input of any other person or musician – anyone maybe but his friend, 77-year-old Native American and Carmel resident Red Eagle.

“Red Eagle told me when I was seven,” Moro says, “that if I pretend my playing sounds like it does in my heart, where millions of heavenly musicians are playing my tunes, then one day it will.”

“After singing ‘Wanderin’’ for the group and seeing Van Dyke was groping for what to do, I sat with him and hummed his notes,” says Moro. “As I’d hoped, he liked them, practiced them for a few moments, and we had a run-through during which he really got into the notes, building them to a climax at the end. Inspired, he produced a long felt strip from his pocket and gently tucked it between the strings of the baby grand piano he was working with. We did another run-through, and it was boffo. Van Dyke had scored big time with that simple felt strip and created the perfect sound for my song. We rolled tape, recorded the tune, and all were inspired by the playback.”

Asked to describe the overall meaning of “Wanderin’,” Moro writes, “The meanings, themes and inspirations in ‘Wanderin’’ are exactly the same as they are in all my work – particularly in my purely instrumental guitar work – outpourings of joy in gratitude for the hallowed days of freedom I was given during my troubadour years – outpourings that continue to this day. My wealth is all in happy golden memories of all the good times I have had in fifty countries, as the song says.”

Originally billed as Buddy Bohn, Moro has been writing and recording popular music since before the release of his first album, “Buddy Bohn, Folksinger,” in 1962. Since that time he has garnered global fame traveling under the Troubador’s Code: performing in exchange for basic needs like food and housing, which code he took to heart while still a teenager. He has played for kings and queens, actors and artists as well as cooks, smugglers, and American troops stationed in Laos. During his travels he also recorded three albums on three different labels and on three separate continents. His international hit “Vermouth Rondo” helped him build his home and recording studio in Bodega Bay, California, where he continues to record. For 22 consecutive years, the popularity of his music has earned him recognition from the American Society of Composers, Authors, and Publishers (ASCAP) for consistent play of his compositions.

“It’s a big help to see how beautiful the world looks and feels when we remember that no matter where we go, Love is there,” writes Moro. “This has been a huge help during my troubadour travels, particularly during my performance tour of Upcountry Thailand in 1962 when there were Viet Cong snipers lurking around the perimeters of my concerts. Hope you enjoy this new video of my new single, ‘Wanderin’.’”

“Wanderin’” by Moro on the Budwick Music Co. label is available from over 600 quality digital music stores online worldwide now. Get in early, folk music fans. 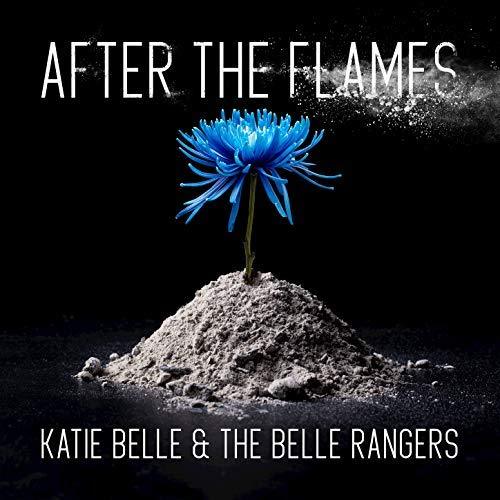 Ottawa, Illinois’ Katie Belle & the Belle Rangers cite as main artistic influences Johnny Cash, Tom Waits, Patti Smith, David Bowie, Widespread Panic, Gillian Welch, Jason Isbell, and The Decemberists. Katie Belle’s own sound takes elements from each of these and adds plenty of genuine Americana for a result roots-rock, folk-rock and country music fans alike will appreciate. With an emphasis on western strings, narrative themes and clarion vocal performances, “After the Flames” by Katie Belle & the Belle Rangers has a little something for every avid music aficionado.

Commenting on the overall meaning of “After the Flames,” Katie Belle & the Belle Rangers says, “’After the Flames’ evokes the friendship of a diverse group of people who came together to make music purely for love of it. Our ages span nearly 3 generations and our musical influences range from old-time country to metal and everything in between. Lush harmonies, haunting melodies and driving rhythms provide a rich backdrop for a cast of finely drawn characters pulled from history, mythology, imagination and experience.”

“After the Flames” is the first major release from Katie Belle & the Belle Rangers since their popular 2016 EP, “Caged Hummingbird.”

Asked to describe their start in music, the Belle Rangers write, “Katie Belle got her start in the Chicago insurgent country scene. Upon moving to Ottawa, IL. she formed a band with husband ‘Duffelbag’ Joe Trupiano (Mustache), Tyler Terrones and John Nicoli (Liquid Blues Project) and Dick Verrucchi (Buckacre).”

“After the Flames” by Katie Belle & the Belle Rangers is available from over 600 quality digital music stores online worldwide now. Get in early, roots rock fans.

“After the Flames” by Katie Belle & the Belle Rangers –

The UK team of contemporary-folk artists called Merry Hell have released their latest EP album, “Come On, England!” The EP has been proudly published on the Merry Hell Music independent record label without the direction of the corporate music industry. Genuine, polished, proud and uncompromising, “Come On, England!” is as much a humanitarian rallying cry as it is an English one.

Asked to cite some chief musical influences, Merry Hell speak of “A hugely diverse range, from church music to classic folk, including Woody Guthrie, Bob Dylan, Joni Mitchell, and English artists such as Dick Gaughan, all that married to the energy of punk and global politics.”

Merry Hell’s new “Come On, England!” EP showcases two tracks from last year’s popular “Bloodlines” full-length and one from their 2011 LP, “Blink… And You Miss It,” a new live take of “The War Between Ourselves.” Also showcased on the EP is an an acoustic reworking of ‘Lean On Me, Love’ from their debut 2011 record as it is now performed live.

“It generally has the effect of bringing even large audiences to silence,” writes Merry Hell of the track. “It brings couples together, too. They get inspired by the words and sentiments of the song.”

“Lean On Me, Love” is the public’s first peek at their forthcoming 2018 album, “Anthems To The Wind.”

Merry Hell’s current official bio describes them as offering “a joyful, uplifting slice of folk-rock with a message: an alternative national anthem for these troubled times. Based in North West England, this award winning group celebrate community, togetherness and love as antidotes to conflict, division and hatred.”

Asked to describe the themes of their new EP, Merry Hell write, “The songs express the hope that togetherness can be an antidote to alienation and division, both in politics and personal relationships. Invoking the power of peace and united voices, ‘We Need Each Other Now’ speaks for itself, while ‘Come On, England!’ is an alternative national anthem appealing to the nation’s traditions of tolerance and resistance to totalitarianism.”

As one website has described Merry Hell’s humanist leanings, “The call to counter-racism and the encouragement of collective responsibility has never sounded so damned catchy!”

A tireless band of players, Merry Hell are slated to perform at gigs and festivals throughout the UK as their tour continues over the whole of 2017.

The Los Angeles folk-rock group known as Desert Sparrow have released their latest EP, “City of Dreams.” The album contains three original tracks for an approximate total listening time of 15 minutes. It has been proudly published as an independent release outside the direction of the corporate music industry. Sonorous, rural, and with roots wrapped deep in the rock ‘n’ roll tradition, “City of Dreams” from Desert Sparrow is an EP sure to resonate with fans of many music genres.

Desert Sparrow write that their new album chiefly describes “Moving to the big city to follow your dreams and the hardships that follow.” They also note that it’s about “accepting change, walking away from the bad and embracing the good,” as well as “cutting ties with old friends, moving forward, and taking risks.”

Desert Sparrow are Kylie Adams and Dave Carreno. Also appearing on their new record is guitarist Robo Hryn. Their “City of Dreams” EP is preceded by their 2014 EP, “Leave this Town,” the popularity of which preempted the group’s move from Australia to Los Angeles.

“City of Dreams” by Desert Sparrow is available at over 700 music stores online worldwide beginning 24 June 2016.