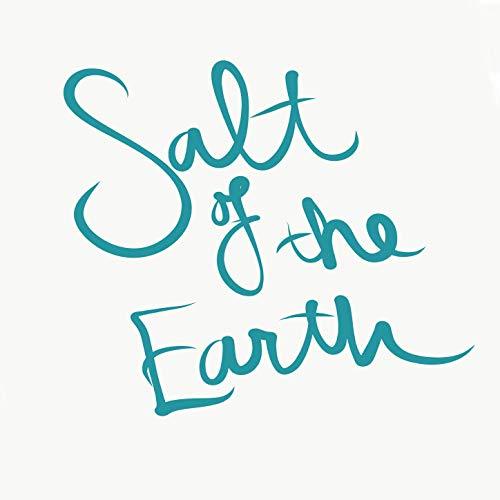 Gospel Music songwriter and producer, Sherrell Mitchell (aka Rell), has released his latest official single, “Salt of the Earth,” proudly published as an independent release without the involvement of the corporate music industry on the Salt of the Earth record label. In addition to the considerable talents of Mitchell…“Salt of the Earth also features a performance by Cora Jackson (Original Praise, The Rock). Uplifting, inspirational, and bursting with the Holy Spirit, “Salt of the Earth” showcases Sherrell as one of the most heartfelt gospel music artists of the year so far and promises that he has plenty more where that came from.

Louisiana Native, now living in the Pacific Northwest, Sherrell cites some main artistic influences, Kirk Franklin, Fred Hammond, Take 6, Israel Houghton, Ben Tankard, Neal Jones, Grady Austin, and Cora Jackson, who appears with him on this new single. Rell’s own sound takes elements from each of these and delivers a fresh and unique result for today’s music. With an emphasis on clarion singing, top-notch songwriting, and the words of Christ… “Salt of the Earth” by Sherrell Mitchell has a little something for every walk of life.

Asked to describe the overall meaning of “Salt of the Earth,” Mitchell writes, “This particular song ‘Salt Of The Earth’ is a reminder that as believers in Jesus Christ we have a love and a light within us that is to be shared with the world.”

Sherrell learned to play piano by ear after finding a calling in music at church as a child. Since that time, he’s had some formal training from the Univ. of Alaska Anchorage, as well as some other great mentors…Vivian Perryman, Darryl Hawk, Kay Classy and Phil Curry.

Sherrell is currently the music director at Immaculate Conception, Seattle, and leads worship regularly at the Matt Talbot Center, Kingdom Family Worship Center International, and in Cora Jackson’s choir for “Judah Song.” His two 2016 albums, “The JLM Project” and “The Mass Of New Vision,” continue to garner listeners.

“Salt of the Earth” by Sherrell Mitchell on the Salt of the Earth label is available from over 600 quality digital music stores online worldwide now. Get in early, gospel music fans.

“Salt of the Earth” by Sherrell Mitchell –