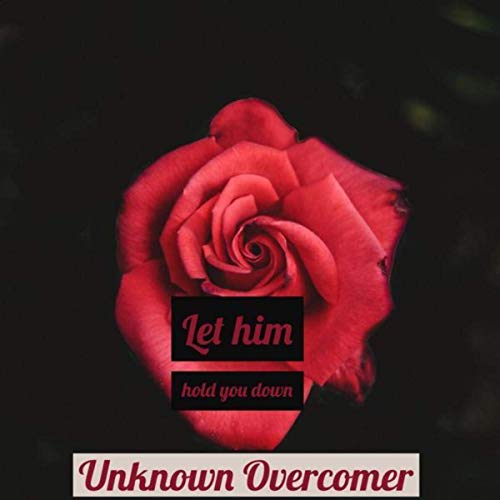 Suave, danceable, and great in earbuds and nightclub playlists alike, “Let Him Hold You Down” showcases Unknown Overcomer as one of the most intriguing R&B and hip-hop artists of the year so far and promises that he has plenty more where that came from.

Unknown Overcomer cites as main artistic influences Lecrae, Andy Mineo, Dee-1 and NF. Unknown Overcomer’s own sound takes elements from each of these and adds something fresh and unique for a result unlike anything today’s music fans have heard before. With an emphasis on a rock-solid back beat, catchy melody lines, and the teachings of the Christian Bible, “Let Him Hold You Down” by Unknown Overcomer has a little something for every fan of the sound.

Asked to describe the overall meaning of “Let Him Hold You Down,” Unknown Overcomer writes only: “God’s love.”

Unknown Overcomer is a solo performer who writes all his own material. In describing his start in music, he says only that he began writing original music “in high school to cope with depression.”

Unknown Overcomer can be found at Twitter at @UnknownOvacomer.

“Let Him Hold You Down” by Unknown Overcomer feat. Brien on the Unknown Overcomer label is available from over 600 quality digital music stores online worldwide now. Get in early, Christian R&B and hip-hop fans.

“Let Him Hold You Down” by Unknown Overcomer – 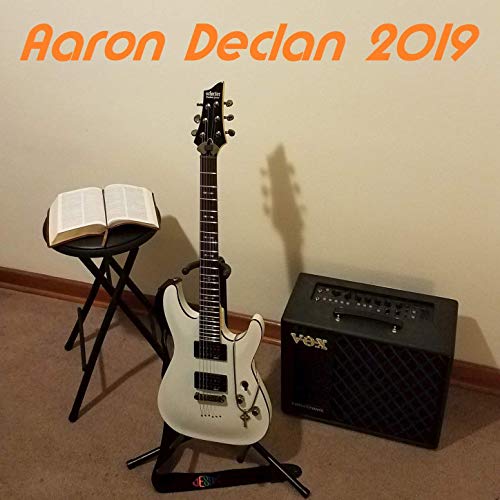 Tooth and Nail Records alums Jonathan Caro and Justice Gulmatico of Bloodshed have released a new EP album, “Runways to Boulevards,” as My Compatriots. Joining them on the historic release are Matthew Vangalapudi, Hunter Chapman, and producer Matt Lapoint (Disney, Warner Bros., Universal Studios, more). The EP has been proudly published as an independent release without the involvement of the corporate music industry. Blending power pop grooves with an early-emo aesthetic and painstakingly deliberate song structures, “Runways to Boulevards” by My Compatriots proves that the original spirit of emotional hardcore is still alive.

Founding member, songwriter and vocalist Jon Caro cites as main artistic influences Superchunk, Husker Du, Foo Fighters, and Adorable. The result is a style which never feels forced or ostentatious, but rather invites listeners with undeniable hooks and a warm, welcoming sound which feels both familiar and unique at once. Each of the 30-minute record’s six tracks has a character all its own, its own reasons for listeners to make it a temporary favorite over the other five. This makes for an EP album with plenty of replayability and record-collection potential.

Kickstarted with fellow Tooth-and-Nail titan Scott Silletta (Plank Eye) on drums in 2008, My Compatriots dropped their long-awaited debut EP in 2016, followed by a quiet followup in Q1 2017, “Under the String of Lamps,” which has ignited interest in “Runways to Boulevards.” For My Compatriots, the EP has become a flagship release. For music fans, it signifies a triumphant return to the proto-indie sound of early-emo rock, the underground scene gone mainstream of which My Compatriots are veterans.

“For 2017 My Compatriots is looking for a restart,” says Caro. “These two EPs represent our new beginning. There is a mixed foundation of rock and layered space sounds weaved into each individually crafted song. A full-length is in-progress and set to be released later this summer along with performance dates to be announced.”

“Runways to Boulevards” by My Compatriots is available for free listening and album purchase directly from the band now (link provided below). Get in early, fans of early emo and power pop. Very early.

The singer, songwriter and multi- instrumentalist known as Rob Erickson has released his new LP gospel record, “Whatcha Gonna Do?” The album is the sophomore release from Erickson, whose debut “Just Passin’ Thru” LP appeared on digital shelves worldwide in September of 2013. Featuring Erickson’s signature blend of jazz, rock, country, gospel music and much, much more, “Whatcha Gonna Do?” is an original Christian music LP unlike any other.

Erickson has cited as main artistic influences such legends of songwriting and groove as Monty Alexander, Oscar Peterson, the Beatles, Cream, Blood Sweat and Tears, Stevie Wonder, and Chicago. His own record has its deepest roots in the highly creative, devil-may-care genre of jazz music, however, though its sound is not overtly jazz. Like jazz, the style of his music takes on different shapes according to his desired emotional effect.

Perhaps surprisingly for what is largely billed as a gospel album, this effect is often comedic on “Whatchu Gonna Do?” This is a rich and rewarding blend, as it turns out, such as in “Rearranging the Deck Chairs,” which manages to be genuine and tongue-in-cheek at the same time as Erickson does some lighthearted soul-searching in the course of a patio task. Of course, many tracks such as “Lord of Life” and “Redeemed” treat their celestial topic more directly, as does the title track “Whatcha Gonna Do?” the crux of which is described very well by the art on the album’s cover.

Asked to describe the message his record has for listeners, Erickson writes that it carries a “Gospel message of salvation utilizing my background in jazz, pop, and gospel music.” He adds, “It also displays my sometimes-warped sense of humor.”

Rob Erickson is a retired law-enforcement officer with thirty years on the force. All of the tracks on his LP with the exception of two are Erickson originals. Every instrument on the record (except the saxophone) has been played by the artist, himself.

“Whatcha Gonna Do?” by Rob Erickson is available online retailers worldwide, as well as from his official website via Bandcamp (link provided below). His debut record, “Just Passin’ Thru,” is also still available with 10% of all profits from it going to the Houston Food Band to feed hungry families in Houston, TX.