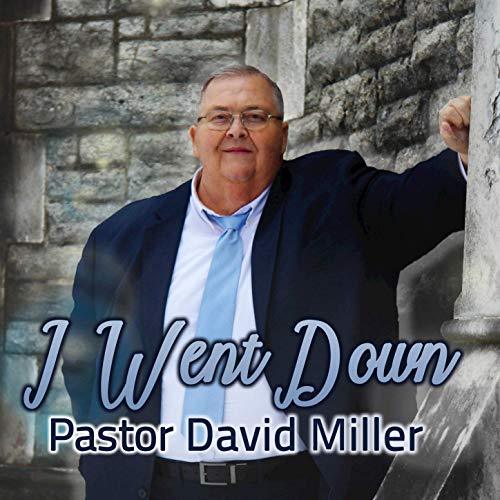 The songwriter and producer of gospel music known as Pastor David Miller has released his latest official album, “I Went Down.” The album contains 10 new Pastor Miller tracks for an approximate total listening time of 40 minutes. It has been proudly published as an independent release without the involvement of the corporate music industry on the Cantor Media record label. Inspirational, heartfelt, and filled with the spirit of the Holy Bible, “I Went Down” showcases Pastor David Miller as one of the most genuine gospel music artists of the year so far and promises that he has plenty more where that came from.

Cincinnati’s Pastor David Miller cites the southern gospel and contemporary Christian music scenes as main artistic influences. Pastor Miller’s own sound takes elements from these and adds a few nuances of his own for a result which is likely to please not only his own Ohio congregation but also Christian audiences anywhere in the world. With an emphasis on faith, salvation, and scriptural lyric foundations, “I Went Down” by Pastor David Miller has a little something for everybody.

Asked to describe the overall meaning of “I Went Down,” Pastor David Miller writes, “The album is really a story that tells about different life cycles of a Christian. It takes you on a road trip from before you meet Jesus with all the troubles you have and the need to get back to God. It then shows you a few of the things done to get saved, a need to go down to an altar and empty yourself out. After, it tells the listener about the testimony God gave you and telling others how you got over.”

Ultimately, the story “I Went Down” tells is a heroic journey.

Pastor Miller explains, “While on this walk you are going to face adversity, and knowing not to turn away, and that no matter what happens, you are going to go anyway. All of this will lead to a homesick heart that leaves you longing for Heaven.”

It’s a familiar tale to David Miller, himself, one he’s very qualified to tell. After all – it’s his.

“This is basically a CD of my life story,” he writes, “and a message that each listener can grab. Whether you are at the beginning of the journey or the end, there is a song for each person.”

David Miller has been Pastor of the Pentecostal Holiness Tabernacle for more than 36 years and counting. His first two albums, “I Have a Father Who Can” and “Here They Come” appeared in 1973 and 1975, respectively. His third album is still available. “I Went Down” represents his fourth official release.

Pentecostal Holiness Tabernacle has been described as “not a social club, gathering place or a structure. PHT is a haven, a refuge, a place of rest, strength and stability. We understand that strong families make strong churches and, in turn, make strong communities.”

“I Went Down” by Pastor David Miller on the Cantor Media label is available from over 600 quality digital music stores online worldwide now. Get in early, gospel music fans.

“I Went Down” by Pastor David Miller –