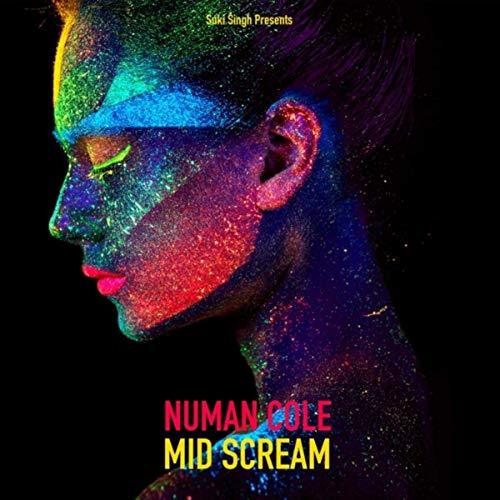 The songwriter and producer of hip hop and electro-pop known as Numan Cole has released his latest official single, “Mid Scream.” The single has been proudly published as an independent release without the involvement of the corporate music industry on the Hot Lemonade record label. Genre-crossing, based on a rock-solid back beat and 100% radio-ready, “Mid Scream” showcases Numan Cole as one of the most intriguing pop and hip hop artists of the year so far and promises that he has plenty more where that came from.

Numan Cole cites as main artistic influences a melange of rock, pop and electronica artists. These include Prince, Depeche Mode, Queen, INXS, Muse, Portishead, and Chemical Brothers. Numan Cole’s own sound takes elements from each of these and adds his own ultra-slick studio production and uncommon ecological conscientiousness.

With an emphasis on snappy, futuristic songwriting, catchy hooks, and ultra-contemporary tones and themes, “Mid Scream” by Numan Cole has a little something for all today’s music fans. It has also been released with an official music video (link provided below).

Asked to describe the overall meaning of “Mid Scream,” Hot Lemonade writes: “Mid Scream has a catchy production, but it also has a very personal sound. It explores the frustration of having regrets in life, and it follows a unique storyline, telling the tale of someone who knocked over a young woman in a car and returned to save her life. This is a powerful metaphor that relates to how we, as humans, are harming nature, and we are reaching a point of no return with pollution and environmental abuse. Can we turn back and save our Mother Earth who is dying in our arms whilst in Mid Scream?”

The work of Numan Cole can be called concept art. His entire body of music – and his persona as a whole, in fact – describes an ongoing story much like David Bowie enacted with Ziggy Stardust.

An official bio for Numan Cole available at the Hot Lemonade website describes him as “a digital prophet who was created in the year one million A.D by the most advanced A.I system at the time.” Following nuclear catastrophe on Earth, “Numan’s digital soul gained full consciousness one night as the the feelings of grief and loss manifested after witnessing the death of the last human in his arms. Confused and alone, Numan decided to time travel back to today and warn human’s of the consequences of their actions through music and film.”

Other listeners have described Numan Cole as combining “intelligent and poignant lyrics with beautifully enduring melodies” and “going for a really genuine and diverse sound. If you enjoy hip- hop with a diverse twist, [Mid Scream] is going to be right up your alley.”

Mid Scream has reached No. 1 on the Drooble Top-50 Hip Hop Charts. Drooble is a social media platform with over 63,000 music artists for members.

Be sure also not to miss high-definition videos from Numan Cole available for free viewing and listening at the official Numan Cole website (also provided below).