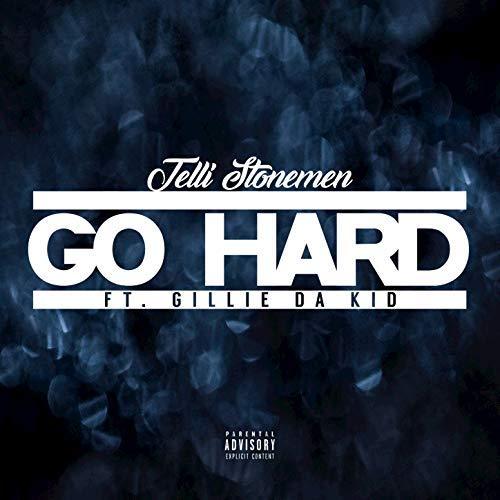 The songwriter and producer of pop and hip hop known as Telli Stonemen has released her latest official single, “Go Hard,” featuring Gillie Da Kid. The single has been proudly published as an independent release without the involvement of the corporate music industry on the Real Hulk Entertainment record label, home to such East Coast artists as Cheazy Mack and Religion Da God. Melodic, energetic and full of groove, “Go Hard” showcases Telli Stonemen as a singer with a hip-hop heart and pop in her soul who can deliver on several levels at once.

Philadelphia’s Telli Stonemen cites as main artistic influences Lauryn Hill, Whitney Houston, Chris Brown, Tupac Shakur, and Bone Thugs N Harmony. She also makes a point of noting her Aunt Vida, mom, dad, and brothers as inspirations, as well. Telli Stonemen’s own sound on “Go Hard” has a little reggae in its lyric rhythms, a little Latin verve in its sensual tempo, and a lot of hip-hop style in its overall swagger.

Part of the credit for this must go to Stonemen’s featured artist on “Go Hard,” Gillie Da Kid. As “Go Hard” by Telli Stonemen is a duet – something very uncommon in hip hop – Gillie’s work beside Telli’s shines extra bright.

Commenting on the overall meaning of “Go Hard,” Telli Stonemen says, “This song represents my ambition and the beginning of me pushing forward and never backwards on purpose.”

Asked to describe her start in music, Stonemen writes, “I started really pursuing music in my sophomore year in high school, when I started singing for the school choir. I went from singing and cleaning up, doing dishes in the kitchen, to being exposed to a big crowd in the John Bartram High School auditorium.”

Since signing with Real Hulk Ent., Telli Stonemen has been touring, opened for popular artists such as Pastor Troy and Gillie Da Kid, and working with Grammy Award winning producer James Worthy out of Atlanta.