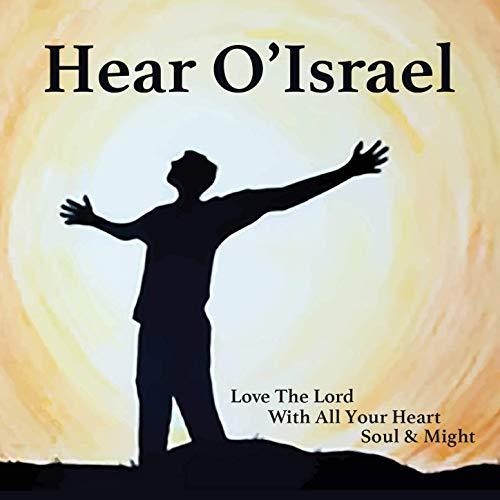 The producer/songwriter of inspirational gospel music known as Sherrell “Rell” Mitchell has released his latest official single, “Hear O’ Israel.” In addition to the considerable skills of Sherrell, “Hear O’ Israel” also features performances by Grady Austin, The JLM Worshipers, and a Biblical proclamation from Rev. George Mitchell (AKA Dad). It has been proudly published as an independent release without the involvement of the corporate music industry. Uplifting, exultant, and based on the teachings of Jesus Christ, “Hear O’ Israel” is the latest reason for believers and fans of gospel music to take note of Sherrell Mitchell.

Some of “Rell’s,” artistic influences are many of the best-loved voices in modern praise: Kirk Franklin, Fred Hammond, John P. Kee, Hezakiah Walker, Donnie McClurkin, Take 6, Israel Houghton, Ben Tankard, Neal Jones, Grady Austin, and Cora Jackson. Informed by the styles of these contemporary favorites, Mitchell’s own sound is founded on the American gospel choir tradition, but dressed up with 21st century production values and plenty of flair.

Asked to describe the overall meaning of “Hear O’ Israel,” Sherrell writes, “This particular song shares a 2-part message: 1). that God is our All, and 2). a refocus/recommittal to our walk with Him as we give Him our all.”

Sherrell began music as a church percussionist in his youth, but learned to play the piano with training and mentorship by teachers such as Vivian Perryman, Darryl Hawk, Kay Classy and Phil Curry. He continues today to humble serve the Pacific Northwest Christian community with his love for the Lord and his musical gifts.

His 2016 albums, “The JLM Project” and “The Mass Of New Vision” continue to gain popularity, as does his January 2019 single release, “Salt Of The Earth.”