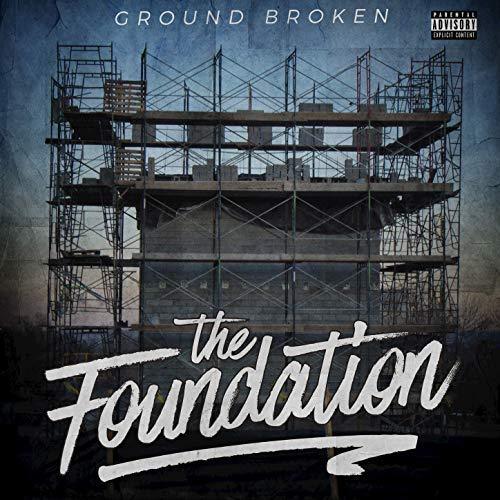 The songwriter and producer of hip hop known as Ground Broken has released their latest official EP album, “The Foundation.” It has been proudly published as an independent release without the involvement of the corporate music industry on the Ground Broken Ent. record label. Socially aware, packed with sound and loaded with colorful beats, “The Foundation” showcases Ground Broken as clever and creative artists with a direct connection to all the deep grooves.

Colorado’s Ground Broken cites as main artistic influences Kendrick Lamar, Dr. Dre, J Cole, Wiz Khalifa, Logic, Mac Miller, and Nas. Ground Broken’s own sound takes elements from each of these and adds something fresh and unique for a result unlike anything today’s music fans have heard before. With an emphasis on solid back beats, gripping melody lines and conscientious rhymes which tell much more than stories, “The Foundation” by Ground Broken has a little something for every avid hip-hop listener.

Commenting on the overall meaning of “The Foundation,” Ground Broken says, “Ground Broken has created a style of their own by cultivating the cannabis culture and blending it with some homegrown lyrical hip hop. With a hard hitting sound and polished stage performance, they are quick to get the party started and keep the crowd moving.”

Asked to describe their start in music, Ground Broken writes, “(Surreal) met Escro in high school buying some weed. We burned down and kicked some freestyles and it was over. Some of our DJ friends would always plug us in on the house show scene. We’d freestyle at parties until we got put on locally.”

Ground Broken’s current official bio describes the duo as being “all about the music.”

“Since the moment the movement was created,” they write, “staying true has been at the forefront. ‘The Foundation’ creators, Surreal and Escro, have a long history of sharing the same vision. Surreal, the duo’s producer and second half, is the backbone to Ground Broken’s signature sound. Hard-hitting beats used with original piano samples give this team’s production the upper hand. Educated with a degree in audio production, Surreal is able to play live instruments in addition to being a live lyricist.”

The statement continues, “If Surreal is the thunder, Escro is definitely the lightning. Known for a certain cadence in the studio and onstage, Escro has a presence that can’t be denied. Together the chemistry Ground Broken creates is unique. From their first mixtape release, ‘Real Recognize Skill,’ to their 2010 debut album, ‘Under the Pavement,’ the founding members have always found a way to reconnect with the same goals in mind. Their latest release, ‘The Foundation’ holds true with a combination of original scores, conscious lyrics, and their own spin on one of your old favorites.”

“The Foundation” by Ground Broken on the Ground Broken Ent. label is available from over 600 quality digital music stores online worldwide now. Get in early, hip hop fans.

“The Foundation” by Ground Broken –