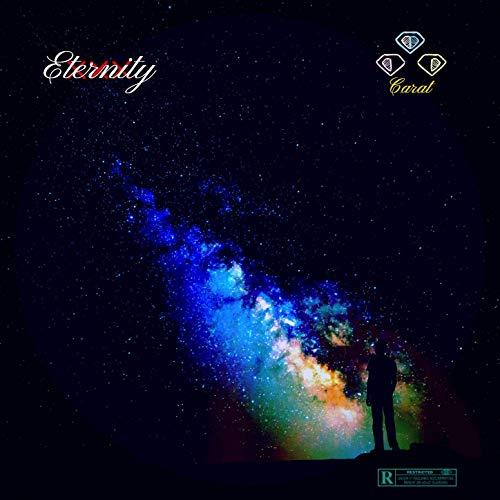 The hip-hop performer known as Carat has released his latest official full-length album, “Eternity.” The LP album contains 13 original Carat tracks for an approximate total listening time of 45 minutes. It has been proudly published as an independent release without the involvement of the corporate music industry. Packed with gritty, aggressive urban poetry, “Eternity” showcases Carat as one of the most uniquely memorable hip-hop artists of the year so far and promises that he has plenty more where that came from.

Las Vegas’s Carat cites as main artistic influences J. Cole, Joey Bada$$, Boogie, Nas, and Tupac Shakur. Notably, the rapper also cites himself, Carat, among his influences, a sign of the individualistic streak which runs throughout his new LP.

Carat’s own sound takes elements from each of these and proves without doubt that the LV rap underground has a character all its own. This is ironic because the rapper himself calls his local scene “washed up” in Track 6. Listeners of “Eternity” will beg to differ, no doubt, with Carat’s performance on the record standing as evidence to the contrary.

With an emphasis on autobiography, direct and deliberate songwriting, and line after line of lyrical gymnastics, “Eternity” by Carat has a little something for every hip-hop fan both at home and abroad.

Asked to describe the overall meaning of “Eternity,” Carat writes, “That I’m a chaotic, creative, loving person who wants nothing more but the world to come to its senses.”

This colorful creativity, unpredictability, and legitimate compassion for people at large can be heard in both Carat’s word choice and delivery. Having heard the record, listeners can tell it’s not egotism, but rather a true appreciation for the art of rhythm and rhyme when Carat says:

“There is so much emotion in this album it’s indescribable. It’s an angry, inspiring, frustrating album. Yet so beautifully pieced.”

Carat has been headlining shows since 2016. His debut official music video, “Clout,” received fan and critical acclaim in 2017, solidifying his place at the top of the LV underground scene. His second video appeared in May 2018, one single from “Eternity,” “F-ck That” (link provided below). This was followed by “Deceit,” “True Colors” and “Time Out,” each of which added to his growing fan base. When he surprised his fans on Instagram 3 February 2019 with the release of “Eternity,” the record hit approximately a thousand Spotify listens within 24 hours.

Carat still lives in the hood.