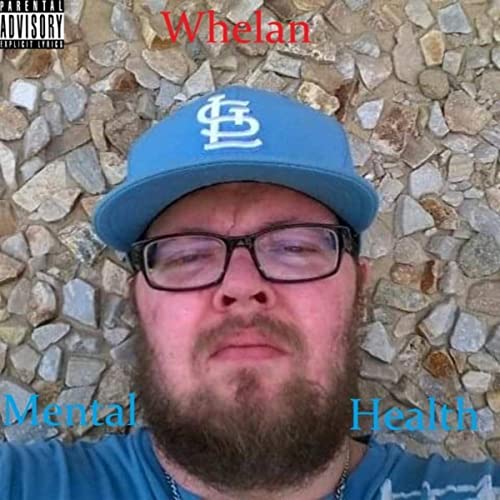 The songwriter and producer of hip hop and rap known as Whelan has released his latest official album, “Mental Health.” The album contains 15 original Whelan tracks for an approximate total listening time of 50 mins. It has been proudly published as an independent release without the involvement of the corporate music industry. Recalling many of the best qualities of hip hop from the 1990s while updating the sound with contemporary edges, “Mental Health” showcases Whelan as one of the most intriguing hip-hop and rap artists of the year so far and promises that he has plenty more where that came from.

East Missouri’s Whelan cites as main artistic influences Atmosphere, Tupac Shakur, and the Beatles. Whelan’s own sound takes elements from each of these and adds something fresh and unique for a result unlike anything today’s music fans have heard before. With an emphasis on lyric gymnastics and rock-solid, minimalist beats, “Mental Health” by Whelan has a little something for every fan of underground hip hop.

Asked to describe the overall meaning of “Mental Health,” Whelan writes, “The album centers around mental health and a bunch of emotional issues. I really try to invoke emotional feelings and thought.”

Whelan was born in Poplar Bluff, and raised in Wappapello, MO. Having grown up with who he describes as “a very kind, godly mother and a great father,” as well as with “a wonderful brother and beautiful nephews and nieces,” the author notes that he also experienced more loss than many at a fairly young age.

“I have no surviving grandparents,” Whelan writes. “My dad is dead, and I lost a niece when I was 14. One of my biggest supporters and best friends, Chaz, passed away in 2016.”

Whelan cites this as the most crucial of his artistic muses, dark though it must be. Nobly, he mentions his struggles with addiction and schizophrenia diagnosis only as an afterthought.

“When I first started writing raps, my inspiration was party songs,” he says. “Then I started to think I could do something positive and special. I use the name Whelan because it is my middle name and my mother’s maiden name. I have been making music for 16 years. I didn’t have any training in this, it just kinda happened. I have only been in true love once, but my battle against addiction screwed that up. I have schizophrenia, but I don’t let it get in the way.”