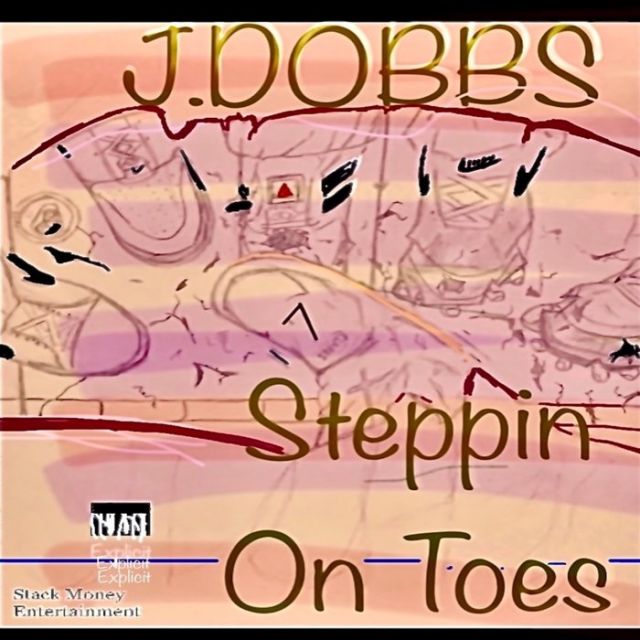 The songwriter and producer of rap and hip-hop music known as J.DOBBS has released his latest official album, “Steppin on Toes.” The album contains 15 original J.DOBBS tracks for an approximate total listening time of 45 mins. It has been proudly published as an independent release without the involvement of the corporate music industry on the Stack Money Entertainment record label.

“Steppin on Toes” comes hot on the heels of DOBBS’ fall 2019 release, “N Tha Cut Trapper,” which continues to win critical and fan acclaim. In addition to the considerable skills of J.DOBBS himself, “Steppin on Toes” includes the featured performances of True Black and Bigger Man.

Bolder, more aggressive, and even more lyrically ingenious than its predecessor, “Steppin on Toes” proves that J.DOBBS can produce back-to-back LP albums and still build power and momentum.

Asked to describe his latest release, “Steppin on Toes,” J.DOBBS writes that he intended to make a record packed with “Southern, different, hood, trap music.”

The “southern” part is crucial to understanding the J.DOBBS experience. Born and raised in the southern USA, Dobbs calls himself a “product of my environment.”

“I’m rapping what I have learned and experienced,” Dobbs writes. “Bringing the south with me with every word. Lovin’ life, not caring what the haters have to say.”

J.DOBBS is also a DIY indie artist in the truest sense of the term.

“Don’t owe no man for nothing on this album,” writes Dobbs. “This is J.DOBBS new sound wave. One Love.”

“Steppin on Toes” by J.DOBBS on the Stack Money Entertainment label is available from quality digital music stores online worldwide now. Get in early, rap and hip-hop music fans.

“Steppin on Toes” by J.DOBBS –