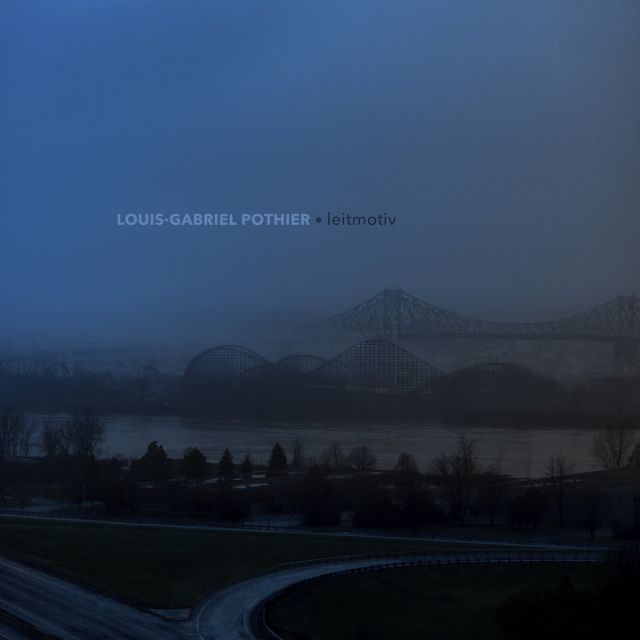 The songwriter and producer of instrumental piano known as Louis-Gabriel Pothier has released his latest official EP album, “Leitmotiv.” The EP album contains four original Louis-Gabriel Pothier tracks for an approximate total listening time of 15 mins. It has been proudly published as an independent release without the involvement of the corporate music industry. Evocative, narrative, and painting with sonic texture more pronounced than most film scores, “Leitmotiv” showcases Louis-Gabriel Pothier as one of the most intriguing instrumental piano artists of the year so far and promises that he has plenty more where that came from.

Quebec’s Louis-Gabriel Pothier cites as main artistic influences Erik Satie, Ryuichi Sakamoto, Philip Glass, André Gagnon, Yann Tiersen, Ennio Morricone, Philippe Sarde, Francis Lai, and Stelvio Cipriani. Pothier’s own sound takes elements from each of these and adds his own play-by-ear style – Pothier does not read or write music – for an uncommon result likely to enthuse all fans of piano. With an emphasis on intuitive melody lines, carefully plotted composition, and (yes) a tasteful use of motifs, “Leitmotiv” by Louis-Gabriel Pothier has a little something for everybody.

Asked to describe the overall meaning of “Leitmotiv,” Louis-Gabriel Pothier writes, “My instrumental piano music is mostly delicate and meditative. It aims to evoke feelings of nostalgia, sometimes melancholia, hopefulness and sadness all at once. It aims to bring back powerful childhood memories, to make the listener reminisce about past events which were significant to them, events that are now long gone. My music is very melodic, and it uses a cinematic language to bring images to the mind of the listener.”

The term ‘leitmotiv’ in music means a small phrase of notes which describe a larger idea when repeated, such as the simple, yet haunting melody of the Imperial March used by John Williams in his celebrated music for the Star Wars films. A fan of film background scores from a young age, Pothier has a knack for likewise using the leitmotiv effectively.

“His true passions have always been music and cinema,” reads Louis-Gabriel Pothier’s current official bio. “Even as a kid, he was especially interested in piano scores that could be heard in European and American films from the 70s to the 90s. He was particularly touched by melodic themes and phrases that were used as a recurring ‘leitmotiv’ for specific characters or events in a film. Thus the use of the word ‘Leitmotiv’ as the title of the present release.”

Pothier, himself, works in cinema as a film- and documentary-titling artist, creating rolling credits, subtitles and film titles for many productions. His official debut music release, “Piano B,” appeared in 2013. “Piano B” received radio circulation from Radio-Canada and local stations in Montreal, and several tracks were frequently aired on Quebec’s No.1 radio morning-show, “Puisqu’il faut se lever” during their popular “Zen Moment” segment.