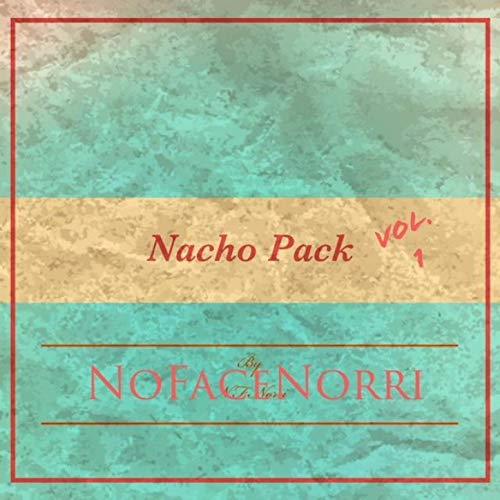 The songwriter and producer of beats known as NoFaceNors has released his latest official full-length album, “Nacho Pack Vol. 1.” The full-length album contains 10 original NoFaceNors tracks for an approximate total listening time of 20 minutes. It has been proudly published as an independent release without the involvement of the corporate music industry on the NoFaceNors record label. Bearing elements of the old school while remaining an innovative clutch of beats any singer or rapper would love to have behind them, “Nacho Pack Vol. 1” showcases NoFaceNors as one of the most dependable and enjoyable beat doctors of the year so far and promises that he has plenty more where that came from.

Fairfield, Calif.’s NoFace cites as main artistic influences Tokimonsta, Flying Lotus, and Kenny Beats. His own sound takes attributes from each of these and adds his own colorful intuition for a blend that any DJ would be proud to have in their repertoire.

Also influencing NoFaceNors are Quiet Ninja, Triimurti And Beatman Z. These chemists of the cut are each a part of one of the North Bay’s premier beat collectives, the Beatvengers.

“They all have their own style, so it stretches me to find my own style,” NoFace says of his crew.

With an emphasis on clever changes, a broad variety, and razor sharp attention to the mix, “Nacho Pack Vol. 1” by NoFaceNors has a little something for every fan of the sound.

Asked to describe his creative method for making “Nacho Pack Vol. 1,” NoFaceNors writes, “The intended meaning is up to the listener; I kinda just zone out when I’m making music.”

NoFaceNors began as many of the greatest beat doctors began: as an amateur working on borrowed equipment.

“I started making beats in my friends dirty a– garage,” he writes. “It’s more of a hobby for me, so I do it when I feel like it, and right now I’m just trying to get into the motion of putting out project after project.”

“Nacho Pack Vol. 1” is the second official release from NoFaceNors, his first being a debut full-length, “WakE,” which dropped in November 2018.

“I’m working on my third right now,” writes Nors. “I’m really just making music for fun. I’ve got time off work now, so I’ve been putting more time into it.”

“Nacho Pack Vol. 1” by NoFaceNors on the NoFaceNors label is available from over 600 quality digital music stores online worldwide now. Get in early, beat fans.