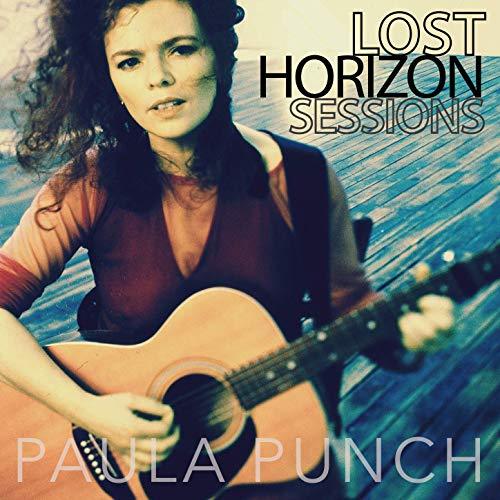 The songwriter and producer of alternative rock known as Paula Punch has released her latest official EP album, “Lost Horizon Sessions.” The EP contains four original Paula Punch tracks recorded live in the studio for a total listening time of about 15 minutes. It has been proudly published as an independent release on the Punch Park record label. The latest in her constantly updating repertoire and her official debut live release, “Lost Horizon Sessions” is the public’s first glimpse of Punch + guitar without any additional accompaniment.

“This is a live recording session Paula did some years ago,” writes the Punch Park label of their new album, “at Philip Punch’s Electric Avenue Studios in Trafalgar Street Annandale.”

The recordings feature some of the last engineering work of the legendary Wayne “Groove” Myers who passed away in 2016.

“These recordings had been lost for a while as Electric Avenue had since moved its location,” says Punch Park. “They were rediscovered only recently. These tracks included ‘Lost Horizon’ which has appropriately become the EP title.”

Punch Park describes the mix by Groove Myers as “perfectly riding” Paula Punch’s emotional performances. The tracks were recorded after a period of solo gigs around Sydney including supporting spots with Ed Kuepper which Punch has called “intense.” The tracks on “Lost Horizon Sessions” are a window onto the sets Paula Punch played during that time.

Paula Punch has risen to become a staple in the Australian indie music scene. She usually tours and plays with her Sydney band, the Fireflys. Her debut LP album, “Don’t Look Down,” appeared in 2018. Punch has since toured California with Mark Punch and New Zealand-born Nashville artist Jackie Bristow. She won 2nd Place in the Australian Songwriting Awards’ Indie Rock 2018 (she took 5th in 2017). She is the founder and leader of her regular singer-songwriter showcase, “The Punch Sessions,” promoting local artists.