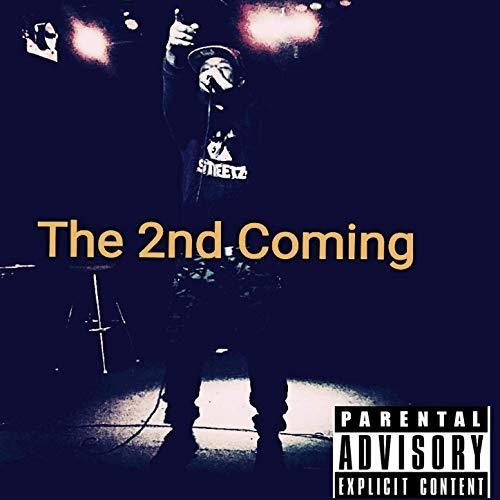 The songwriter and producer of hip hop known as Luhtech has released his latest official album, “The Second Coming.” The album contains eight original Luhtech tracks for an approximate total listening time of 25 minutes. It has been proudly published as an independent release without the involvement of the corporate music industry. Proud, aggressive, and boasting more raw talent than has been heard in a single record from the American South so far this year, “The Second Coming” showcases Luhtech as one of the most intriguing hip-hop artists of spring 2019 so far and promises that he has plenty more where that came from.

Wichita KS’s Luhtech cites as main artistic influences Meek Mills, J. Cole, Kendrick Lamar, Tupac Shakur, and Lil Dirk. Luhtech’s own sound takes elements from each of these and adds something fresh and unique for a result unlike anything today’s music fans have heard before. With an emphasis on strong back beats, clear vocal lines and rhymes and plenty of “The Second Coming” by Luhtech has a little something for everybody.

In addition to the skills of Luhtech, himself, “The Second Coming” also features performances by Louie Midas and Shevy.

Asked to describe the overall meaning of “The Second Coming,” Luhtech writes, “It shows people the grey areas in my life that keeps me going. That I have been through the most and still find time to stay up. I talk about my life, where I’m from, how I was raised and etc.”

“I got my name, Luhtech, from sitting in 2nd grade beating on my desk,” he writes. “It was ‘Lil Tech’ until my cousin, Vale, died, and he’d told me I should be creative wit mine, so I changed the ‘Lil’ to ‘Luh,’ and it became Luhtech.”

Luhtech calls growing up in the City of St. Louis, “the worst part” and adds that he attended an elementary school unofficially called “Gunlock.”

“I moved place to place from my mama house to my grandma house,” Luhtech says, “and then finally my daddy house. Me, my sisters and brothers are all close because we had to be there for each other. I later moved to Kansas when I was 16 because I never had a close relationship with my mother because she was always moving and never telling us because my dad had custody.”

Luhtech went to North High in Wichita, KS, but couldn’t walk across the stage “because me and my peoples got into it. I had classes to pay for and couldn’t because I didn’t have a job.”

Today, he is the father of a 3-year-old son and continues to make his own inimitable brand of hip hop.

“The Second Coming” by Luhtech is available from over 600 quality digital music stores online worldwide now. Get in early, hip hop fans.

“The Second Coming” by Luhtech –