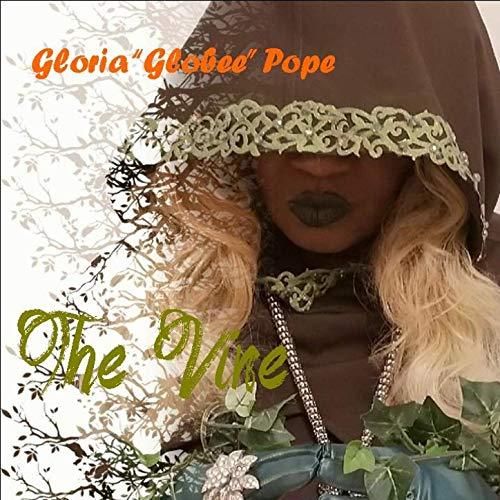 The songwriter and producer of gospel and contemporary Christian music known as Gloria “Globee” Pope has released her latest official EP album, “The Vine.” It has been proudly published as an independent release without the involvement of the corporate music industry on the Bee-Lovit Records, LLC record label. Soulful, elegant, and bursting with the holy spirit, “The Vine” showcases Globee as one of the most intriguing Christian artists of the year so far and promises that she has plenty more where that came from.

Atlanta, Georgia’s Gloria “Globee” Pope cites as main artistic influences Aretha Franklin, Anita Baker, Gladys Knight, and Joyce Kennedy. Globee’s own sound takes elements from each of these and adds something fresh and unique for a result unlike anything today’s music fans have heard before. With an emphasis on groove, evocative singing and a foundation on the words of Jesus Christ, “The Vine” by Globee has a little something for everybody.

Asked to describe the overall meaning of “The Vine,” Globee speaks in no uncertain terms, saying, “Christianity – Jesus Christ and Him, crucified.”

Gloria “Globee” Pope has been singing since the age of four, professionally since 1977, in the genres of jazz and reggae with a little R&B. She is a certified Evangelist and attends World Changers Church Intl. in Atlanta. She was a former Home Fellowship Leader at WCCI and is also a choir member after having relocated from West Palm Beach, FL to “begin a ministry of gospel music and song.”

She is the founder and president of 2 Dove Production Studios, Bee-Lovit Records, and 2 Dove Production Music Ministries, Inc., as well as co-founder of the South Florida Songwriters Association, and COO of the Shaquille Clark Foundation, Inc. She has stated that the mission of these groups is to “assist in the growth of a community; to uplift and assist in restoring a community’s self-worth, employment and love.”

Globee has appeared in films such as “The Gospel,” “Baby Boy Don’t Get Yo’ Haircut at the Last Dragon Dis Friday,” and “Stomp The Yard.” She has also hosted her own televised show, “Gospel Vibes” in the Atlanta area. She has hosted Internet radio broadcasts: Glorious Gospel Vibes on Blog Talk Radio for six years, winner of the 2017 Spin Awards, as well as the Globee Pope Gospel Show on V1075 for two years and on WMQG fm for three years. Kingdom Praise 102.9 will be her next up-and-coming broadcasting home as she also prepares for her new TV broadcast.

Pope is also the author of Covenant of the Heart – You’re A Part Of Me, available in bookstores soon.

In addition to her own acclaimed talents, Globee Pope has the help of her son, Torrey “TBEATS” Brown, who produces her music, as well as that of her sound-engineer husband.

“The Vine” by Globee on the Bee-Lovit Records, LLC label is available from over 600 quality digital music stores online worldwide now. Get in early, gospel and contemporary Christian music fans.