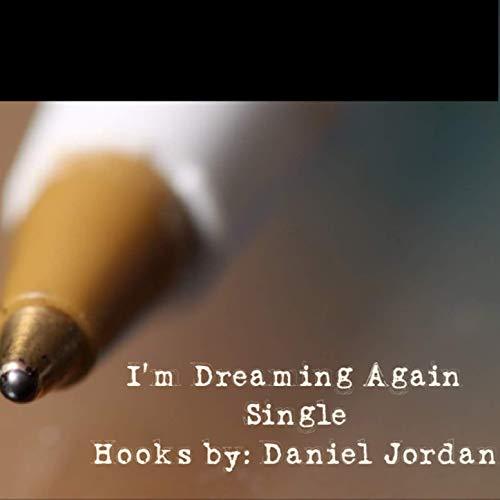 The songwriter and producer of hip hop known as Hooks by Daniel Jordan has released his latest official single, “I’m Dreamin Again.” The single has been proudly published as an independent release without the involvement of the corporate music industry on the Hooks by: Daniel Jordan record label. Blending sounds of the old school with cutting-edge digital production and Jordan’s own original urban poetry, “I’m Dreamin Again” showcases Hooks by Daniel Jordan as one of the most intriguing hip hop artists of the year so far and promises that he has plenty more where that came from.

Los Angeles’ Hooks by Daniel Jordan (usually stylized, Hooks by: Daniel Jordan) cites as main artistic influences J. Cole, Jay-Z, NAS, 21 Savage, and E-40. Jordan’s own sound takes elements from each of these and adds something fresh and unique for a result unlike anything today’s music fans have heard before. With an emphasis on inspiring lyrics, dynamic wordplay and a back beat that doesn’t quit, “I’m Dreamin Again” by Hooks by Daniel Jordan has a little something for everybody.

Asked to describe the overall meaning of “I’m Dreamin Again,” Hooks by Daniel Jordan writes, “This is for all the songwriters and musicians out there who continue being told no – keep making music and doing what you love.”

This theme strikes at the heart of what Jordan is doing with this new track. A repeated phrase echoes the dreams of a great many young rappers in 2019, just as it has in decades before: “Mama, I’mma take us out the ‘hood with this pen.”

A music fanatic, creator and imagineer since childhood, Daniel Jordan says of his start in original music that he, “grew up in a house that loved music,” and that “it sparked a fire inside me as a songwriter.”

“I’m a songwriter living and working in LA,” writes Jordan in his current official bio. “I write country, hip hop, rock and R&B. I also write jingles. I hope you enjoy my music – this is for you.”

“I’m Dreamin Again” by Hooks by Daniel Jordan on the Hooks by: Daniel Jordan label is available from over 600 quality digital music stores online worldwide now. Get in early, hip hop fans.