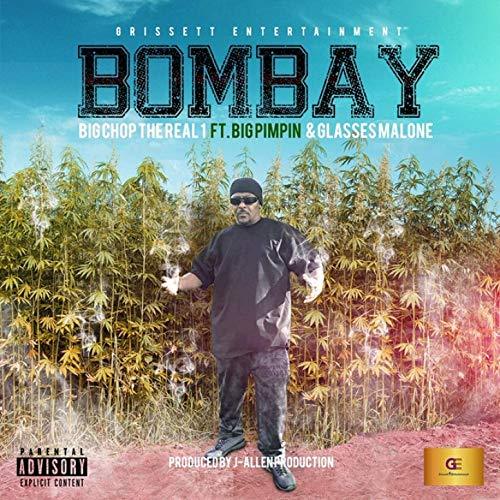 The songwriter and producer of hip hop known as Big Chop the Real #1 has released his latest official single, “The Bombay” feat. Big Pimpin & Glasses Malone. The single has been released in both explicit and radio-ready formats with an accompanying B-side, “Stay Getting Money,” for an approximate total listening time of 10 mins. It has been proudly published as an independent release without the involvement of the corporate music industry on the Grissett Entertainment record label.

Popping, grooving, and packed with that old-school quality rappers everywhere are trying to bring back, “The Bombay” showcases Big Chop the Real #1 as one of the most fun and catchy hip-hop artists of the year so far and promises he has plenty more where that came from.

Asked to describe the overall meaning of “The Bombay,” Big Chop the Real #1 writes, “Be happy and have joy in life and do the things that make you feel good.”

Big Chop the Real #1 was born Tennyson Grissett in New York City in 1974. The eighth of 11 children, he moved with his entire family to Watts, California to relieve his mother’s asthma. He graduated from Jordan High School in 1992. Today, his present release of “Bombay” entered radio at No. 23 and continues to climb.

“The Bombay” by Big Chop the Real #1 on the Grissett Entertainment label is available from over 600 quality digital music stores online worldwide now. Get in early, hip hop fans.