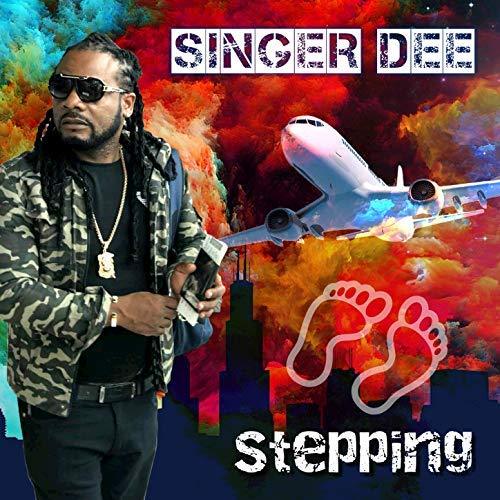 The songwriter and producer of dub and reggae music known as Singer Dee has released his latest official EP album, “Stepping.” The EP album contains six original Singer Dee tracks for an approximate total listening time of 20 minutes. It has been proudly published as an independent release without the involvement of the corporate music industry. Upbeat, affirming, and full of the original dub spirit, “Stepping” showcases Singer Dee as one of the most intriguing reggae artists of the year so far and promises that we can expect plenty more in the years to come.

St. Catherine, Jamaica’s Singer Dee cites as main artistic influences Bob Marley, Tenna Saw, Garnet Silk, and Half pint. Singer Dee’s own sound takes elements from each of these and adds something fresh and unique for a result unlike anything today’s music fans have heard before. With an emphasis on tone, groove, and island soul, “Stepping” by Singer Dee has a little something for every avid reggae listener.

Commenting on the overall meaning of “Stepping,” Singer Dee says, “My album shares a positive message, one that is relatable to audiences of all ages.”

Asked to describe his start in music, singer dee writes, “I started in voicing several dub plates for various international and local sound systems. I was determined to keep on a consistent path, and growth was always the main focus.”

Singer Dee began hanging around icons like Major Mackerel, Sister Nancy, Ninja Ford, and Flourgon. He has since said that these were among the number who most helped nurture his musical skills and talents. In 2007, Singer Dee’s career moved him to the Cayman Islands, a major step upward. He celebrated this success with a note of encouragement to fans worldwide, the popular single, ‘Never Give Up,’ which played on radio in the Cayman Isles, Jamaica, Germany, Australia, Belgium, and elsewhere.

“With a voice of power and determination to never give up, and with a fist that’s always enclosed with focus, Singer Dee vows to continue doing clean, uplifting reggae music for his fans worldwide,” writes a representative.

Dee himself writes, “Blessed love, always. And no matter how hard life seems at times, ‘Never Ever Give Up.’”

“Stepping” by Singer Dee is available from over 600 quality digital music stores online worldwide now. Get in early, reggae fans.