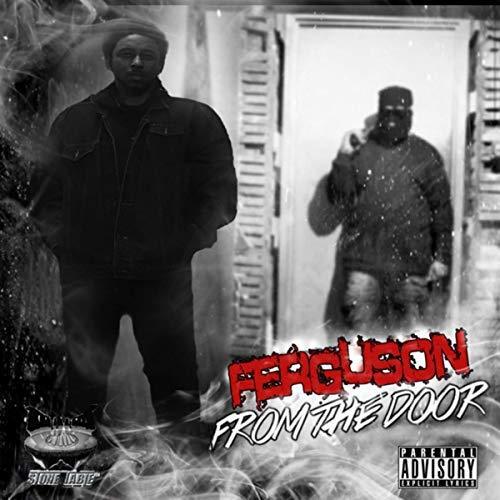 The songwriter and producer of hip hop known as FERGUSON has released his latest official LP album, “From the Door.” The album contains 14 original FERGUSON tracks for an approximate total listening time of just under an hour. It has been proudly published as an independent release without the involvement of the corporate music industry on the Stone Table Music Group record label. A gritty, true set of tales from the urban way of life, “From the Door” showcases FERGUSON as one of the most intriguing hip-hop artists of the year so far and promises that we can expect plenty more in the years to come.

“This album has not a lot of fiction but my life growing up and surviving the streets of Brooklyn,” FERGUSON writes.

Brooklyn, NYC’s FERGUSON (often stylized “F E R G U S O N”) cites as main artistic influences Samuel Harris, his grandfather (“for the great collection of music we listened to”), Rakin, Big Daddy Kane, Tupac Shakur, and Jay Z. FERGUSON’s own sound takes elements from each of these and adds something fresh and unique for a result unlike anything today’s music fans have heard before. With an emphasis on rhymes, beats and bass lines, “From the Door” by FERGUSON has a little something for every avid hip-hop listener.

“From the Door” was produced by FERGUSON and CMT Miraculous.

Commenting on the overall meaning of “From the Door,” FERGUSON says, “It shares a gift with word play, smooth but rugged voice and vocals. That I never give up or gave up. That I am a very colorful personality. It says the ladies will be pleased that I am here, and that I’m consistent. I love what I do, and don’t think it’s sweet.”

Asked to describe his start in music, FERGUSON writes, “My close friends had a group, MADSTYLE. They gave me the opportunity to shine on their album, ‘Redrum.’ Moving in the Madstyle circle, I then hooked up with Sting International and worked on my first project.”

“There’s always truth in my songs,” FERGUSON writes. “Even if it’s a story from me, it’s a truth about you!”

“From the Door” by FERGUSON on the Stone Table Music Group label is available from over 600 quality digital music stores online worldwide now. Get in early, hip-hop fans.

“From the Door” by FERGUSON at iTunes –

“From the Door” by FERGUSON at Spotify –