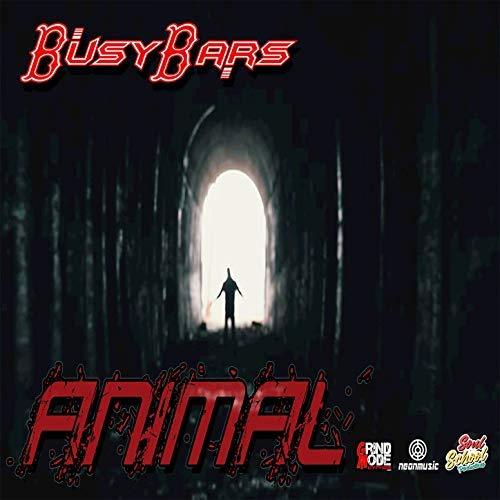 The songwriter and producer of hip hop known as BusyBars has released his latest official single, “Animal.” The single has been released in both explicit and radio-ready versions. “Animal” by BusyBars has been proudly published as an independent release without the involvement of the corporate music industry on the NeonMusic record label. Bass-heavy, rhyme-focused and bearing themes of social awareness and empowerment, “Animal” showcases BusyBars as one of the most intriguing hip-hop artists of the year so far and promises that we can expect plenty more in the years to come.

Boston, MA’s BusyBars cites as main artistic influences The Pharcyde, Jay Z, Tribe Called Quest, MF Doom, Mos Def, Black Thought. BusyBars’s own sound takes elements from each of these and adds something fresh and unique for a result unlike anything today’s music fans have heard before. With an emphasis on beats, hooks, and conscientious urban poetry, “Animal” by BusyBars has a little something for every avid hip-hop listener.

An official “Animal” music video is expected for release soon. “Animal” is the most prominent official drop from BusyBars since his “5000” EP, “What I’m About” EP, and “360Bars The Mix Not Mixtape” releases, all available for viewing and listening online now.

Commenting on the overall meaning of “Animal,” BusyBars says, “This song is a social commentary that touches on a subject matter including comparing being a regular 9 to 5 job working citizen starting to feel like a trained animal, and because of that feeling less than human. Worth. Feeling like an animal.”

BusyBars’ current official bio describes him as “a Boston, Mass. emcee with more than 20 years of experience in recording, performing, and releasing music. Known for his word-heavy flows with no lack of rhythm and no subject untouched, BusyBars is … an emcee’s emcee influenced by true-school hip hop with a modern style accessible to all ages.”

His music has been called ‘Thought-provoking while fun at the same time,’ and his live shows are said to be “known for high-energy performances that captivate.”

BusyBars is now dropping the new single and video, ‘Animal.’ Look for the ‘5000’ EP, ‘What I’m About’ EP, and ‘360Bars The Mix Not Mixtape’ available now everywhere music is available digitally. BusyBars is and are complicated measures.”

“Animal” by BusyBars on the NeonMusic label is available from over 600 quality digital music stores online worldwide now. Get in early, hip hop fans.