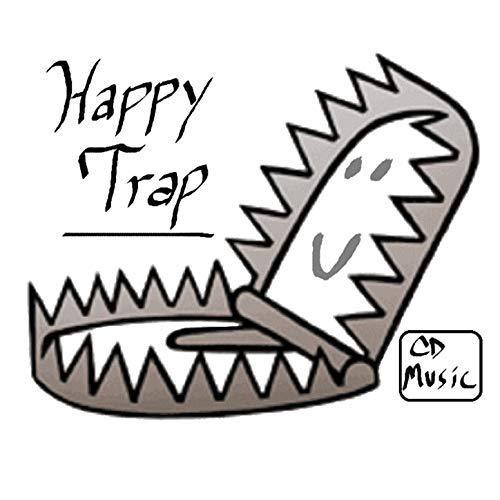 Songwriter/producer CD Music has released his latest official album, “Happy Trap.” The album contains 19 original CD Music tracks for an approximate total listening time of one hour. It has been proudly published as an independent release without the involvement of the corporate music industry. Upbeat, energetic and just plain fun, “Happy Trap” is a record which proves CD Music operates at the top of his game in yet another music category.

Queens, NY’s CD Music cites as main artistic influences Stevie Wonder, Andre 3000, and Pharrell. CD Music’s own sound takes elements from each of these and adds something fresh and unique for a result unlike anything today’s music fans have heard before. With an emphasis on catchy melody lines, interesting note progressions and razor-sharp studio production, “Happy Trap” by CD Music has a little something for every avid trap music listener.

Asked to describe his start in music, CD Music writes, “I started performing for artists throughout the U.S. and then from there I began producing my own music.”

CD Music is the stage name of Carl Dennis. His current official bio describes him as “exemplifying musical versatility.” It continues: “He has produced, composed, performed, coached, edited, and written music for an array of artists and businesses throughout the world. For more than fifteen years, he has developed himself into a one-man music ensemble competent on bass, piano, guitar, saxophone, trumpet, drums, and vocals (as well as some harmonica, clarinet, and violin) …

“CD Music has completed gigs alongside exceptional artists (such as Frank Carter, Matt James, Lachi, Leeia Music, SAD, Lee Charm, Khalilah Rose, K-JiL, and The Merrymaker’s Orchestrina) at popular venues across the U.S.A., including Fat Baby’s, The House of Blues, BB King’s, Whisky a Go Go, The Knitting Factory, Silvana, and Santos Party House. CD Music also owns various film, TV, radio, and music video credits being featured as an actor, director, composer, music producer, and recording artist. He continually produces original music, however, he is also a human karaoke track, able to precisely remake any tune he hears. With CD Music, you never have to ask ‘what genre do you do,’ since he has successfully provided clients and affiliates with professional Pop, R&B, Hip Hop, Rock, Jazz, Reggae, EDM, Trap, Afrobeat, Country, and Latin music tracks.”